The Big Thaw On Earth’s Hidden Mysteries? “Antarctica Ready To Give Up Secrets” 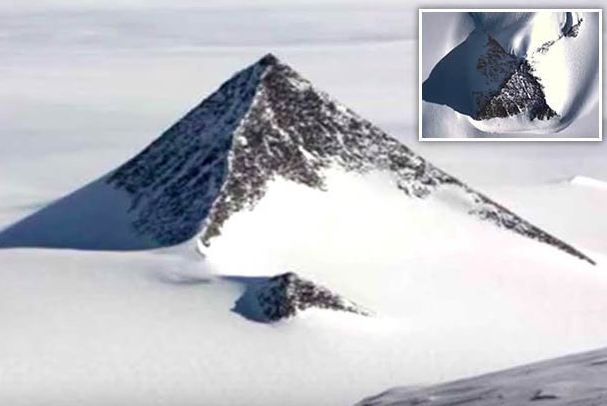 This article was written by and originally published at SGTReport.com.

Editor’s Comment: There are a lot of wild, fantastical claims about what really goes on under the ice in Antarctica. But there is also a lot of documented strangeness concerning Nazi UFOs, U.S. admirals and a post-war fight for dominance of the South Pole.

Is it possible that this lonely continent has become strategically important not only for military reasons, but because an understanding in technology and science connects to the importance of the place itself on the planet? Many ancient sites on every continent have been proven to line up with the stars, the sun at winter solstice, etc., and many have also been connected to energetic lay line sites on the earth’s grid. Whether you chalk up this stuff to fantasy or just the unknown, there could be a powerful archaeological and technological importance to this vast unknown continent that may emerge as the ice cracks, and as explorers in the digital world of satellite imagery look for answers to questions long buried underneath.

Web Bot: Antarctica Ready To Give Up Secrets The Elite Can’t Hide

Friends, time for a little woo. As web bot creator Clif High noted in his most recent wujo [clif high wujo January 12, 2017], our planet is undergoing major changes, including what Clif High believes is a pole shift. 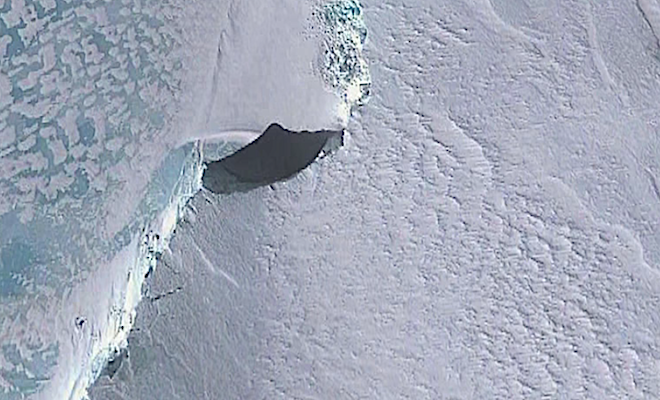 Clif says that what’s happening in Antarctica is that the ice is sloughing off on one side and growing on the other, “This is how the poles actually shift the glacial mass over time.”

Here’s where it get fun.

As the ice sloughs off of that part of Antarctica, it’s going to reveal all kinds of stuff that the powers that be would rather remain hidden. And they’re just going to have to deal with it. It just will be too large and too massive for any attempts to hide it. And so the point now is going to be to manage it.

And here’s where it gets really fun. How do you “manage it” when ancient civilizations, massive pyramids or crashed UFO’s are exposed?

And although we don’t know exactly what the obsession with the frozen tundra down below is all about, many internet sleuths are coming up with some intriguing theories: Flash frozen advanced civilizations, inner earth entrances, and hidden UFO bases to name but a few.

In the interest of sharing one of the better ones, and one that seems to mirror exactly what Clif High has predicted:

As the ice sloughs off of that part of Antarctica, it’s going to reveal all kinds of stuff that the powers that be would rather remain hidden. And they’re just going to have to deal with it...

We invite you dear reader to open Google earth and enter these coordinates:

What you are seeing is not documented, featured or explained in any known textbook or detailed on any publicly available map.  It appears to be an artificial domed “entrance/exit” high in the mountains. Who built it? What material is it constructed with?  What is its purpose?  Where does it lead?

It’s going to reveal all kinds of stuff that the powers that be would rather remain hidden.

I don’t know what’s going on in Antarctica, but it’s becoming increasingly clear that we are living in the most interesting time in human history.

This article was written by and originally published at SGTReport.com.