Snowden’s Interesting Take on Aliens: “We Can’t Pick Up Their Encrypted Communications” 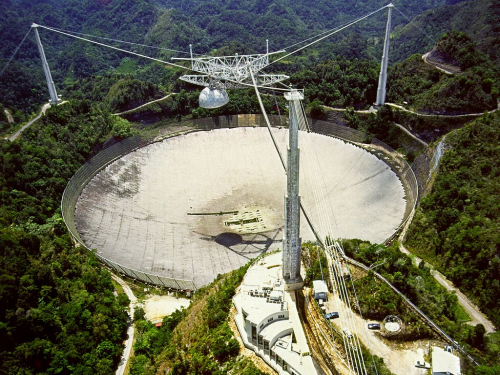 Editor’s Note: Perhaps the truth is out there, but it is just encrypted. It is perhaps very likely that intelligent life much more advanced than ours would guard the secrets of its communication more closely than civilizations on earth, who have just opened up to the range of communications, and only recently stumbled across the importance and practice of encrypting it for select audiences.

Will greater advances in descrambling messages from signals believed to be only noise be the key to SETI, as it was in the movie Contact? No clue here, but it’s worth a thought.

Edward Snowden Has an Interesting Take on Alien Communications

These days you’d be hard pressed to find someone who doesn’t believe there is any alien life in the universe. Statistically speaking, it just seems unlikely that there wouldn’t be any other life forms out there. But if our universe is teeming with life as many have suspected, why haven’t we been able to make contact with any of these creatures?

Essentially, any species that has the technology to communicate with radio waves or microwaves like we do, probably isn’t sending their messages without encryption. We’ve only been using these technologies for a short time, and we haven’t been encrypting our electronic messages for very long. There would only be a very short window of time where these signals aren’t hidden, because any species that’s even a little more advanced than we are, would probably have very sophisticated encryption protocols. Their messages would be “indistinguishable to us from cosmic microwave background radiation”