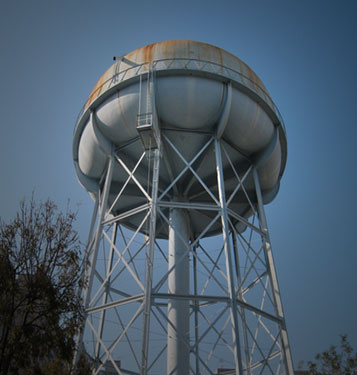 This article was written by Daniel Barker and originally published at Natural News.com.

Editor’s Comment: This is the real war on poverty, the one to get rid of people. This isn’t just about the water, this is about dismissing the health and safety of an entire community.

Guess what – they have the same disregard in other towns and communities across the nation. Water quality standards are a joke – and cover up level after level of corporate and government contamination of the public facilities.Obviously there are environmental concerns, but with brain damaging compounds, with lead just for starters, cutting into human health, it is a criminal issue, and one that tells you how the elite regard the rest of us.

The question in Flint has become not how corrupt and negligent the officials are, but whether there is a larger scheme to drive people out of the area to facilitate new plans for construction and building where people once had their homes. Trust your government?

Flint, MI, water is now causing rashes and hair loss across the city

The results of an investigation seeking to find out what caused a spate of rashes and hair loss among Flint, Michigan, residents suggest that the symptoms may be due to exposure to the city’s water supply, but investigators refused to admit to a definitive link.

The months-long investigation was conducted by the U.S. Centers for Disease Control and Prevention (CDC) and the Michigan Department of Health and Human Services, along with other state and federal agencies.

The investigators said that the cases of rashes and hair loss could have been caused by the Flint public water supply both before and after the source was switched back to Lake Huron, following the now infamous 2014 decision to use the Flint River as the city’s primary water source.

During the period between April 2014 and October 2015, when the Flint River was being used to supply the city’s drinking water, residents began to suffer from health problems including rashes and cases of alopecia – a condition which causes hair loss.

It was later determined that the Flint River water was corroding the city’s water supply pipes, causing lead and other toxic metals to leach from the pipes into the drinking water used by the city’s residents. Other contaminants, including E. coli and high levels of chlorine used to kill the E. coli, were also found in the Flint water during the period when Flint River water was being sourced.

Cases of lead contamination were widespread throughout the city, and the E. coli is suspected to have been the cause of 12 deaths due to Legionnaire’s disease.

New cases of rashes and hair loss, despite assurances that Flint water is now safe

But even after the city switched back to using Lake Huron water, new cases of rashes and hair loss were reported, despite officials’ assurances that the current water supply is safe.

Dr. Nicole Lurie, of the Department of Health and Human Services, said:

“The (research team) … found evidence supporting Flint residents’ concern that water from the Flint River might have led to skin problems. Fortunately, water samples from the city’s current water did not show metals and minerals at levels that would cause or make rashes worse.”

The findings of the investigation are likely to do little towards easing Flint residents’ concerns. In fact, the refusal on the part of the investigators to admit to a definitive link may only make people even more angry.

One Flint resident, Minerva Witt, whose 7-year-old granddaughter is suffering from alopecia, expressed disappointment at the vagueness of the findings.

“They can’t tell me that it is or it isn’t because of the water. … This little girl is losing her hair. If you’re a young lady, how would you feel if you started to lose your hair, with patches of bald here and there? You wouldn’t feel good about it.”

Since the very beginning of the Flint water crisis, officials at all levels of government have dragged their feet in investigating the causes and taking proper actions to correct them.

No one wants to take responsibility and no one wants to fully admit that there was – and still is – a problem. Until now, state officials have continued to claim there is “no scientific link” between the water supply and the cases of rashes.

And this latest investigation is more of the same mealy-mouthed approach to the issue; the investigators admit that the rashes and alopecia cases “might” have been caused by the water, and that Flint residents’ concerns are “valid,” but they point to “fluctuations in pH, [water] hardness, and chlorine,” as being the likely causes, rather than admitting that lead and other contaminants might be the real culprits.

Meanwhile, Flint residents continue to suffer from serious health problems and are not getting any satisfactory answers from anyone.