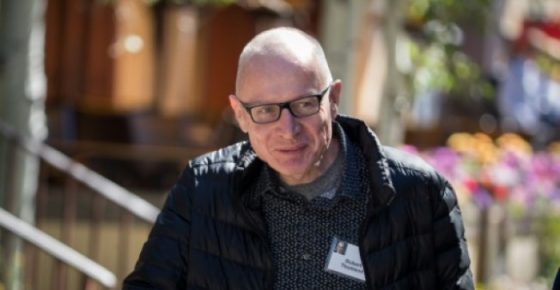 In a shocking admission by a high-level mainstream media operative, the CEO of News Corp. has revealed that major media corporations are pushing the likes of Google and Facebook to censor the alternative media despite the fact that the vast majority of Americans have little to no trust in the establishment press.

The comments, made by the CEO of Rupert Murdoch’s publishing arm, Robert Thompson, were revealed in an AFP article about the so-called “dysfunctional” online environment which in reality actually refers to a free internet where independent reporters can reach the masses themselves.

Amazingly, Thompson not only made clear that the mainstream media wants to censor the alternative press, he even admitted that it not only has to do with the control of information but also straight up money.

Thompson said the steps announced by Google and Facebook to stem misinformation and improve the quality of online news were “modest steps toward changing a digital environment that is dysfunctional at its core.”

“The bot-infested badlands are hardly a safe space for advertisers, whose brands are being tainted by association with the extreme, the violent and the repulsive.”

Thompson said News Corp is seeing growth in online visits and subscriptions to its media properties such as the Wall Street Journal and The Sun of Britain, but added that “the potential returns for our journalism would be far higher in a less chaotic, less debased digital environment.”

A longtime critic of the dominant online companies, Thompson said he welcomed the decision by Google to end a “first click free” requirement for news items in search queries, and Facebook’s efforts to enable readers to know more about sources of articles on its news feed.

In other words, we would make more money if those pesky social media giants would just commit to full on censoring any media outlet that isn’t approved by the establishment.

Interestingly, multiple media outlets owned by News Corp. have also began a push to censor alternative viewpoints on platforms such as YouTube and Facebook. In fact, news outlets across the mainstream media are engaging in a concerted effort to stifle independent, American voices.

It’s understandable why Thompson is so paranoid about mainstream publications being supplanted given News Corp’s recent financial figures. The company recorded a $66 million dollar loss for the quarter ending in December. Advertising income is also down 6 per cent from a year ago.

The Wall Street Journal has led a crusade against independent content creators for the last year, most notoriously smearing YouTuber PewDiePieas a “nazi” as part of a campaign to drown out non-mainstream voices.

Earlier this week, the WSJ published yet another hit piece which lobbied YouTube to censor alternative media by having its algorithm demote non-mainstream content.

The writer of the article, Jack Nicas, bragged about how he had compiled a list of “fringe” and “divisive” content and then presented it to YouTube, who then promised they’d be working harder to bury such content in favor of mainstream media outlets.

At this point it cannot be more clear. The establishment, deep state puppets in the mainstream media are actively pushing the liberal leaning social media giants to censor news outlets such as this one in a desperate attempt at stopping Americans from learning the truth.