Sensational Murder of MP Leads to Suspension of Brexit Campaign, “Vote in Limbo” 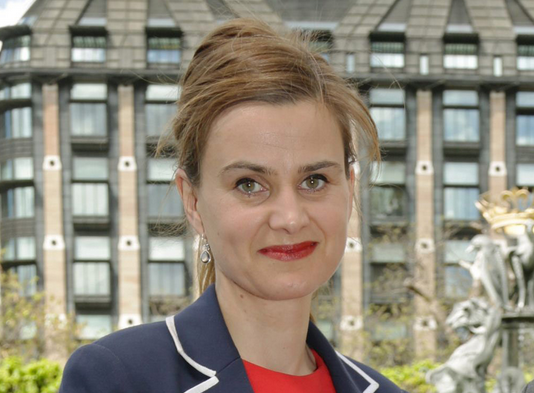 There are serious economic, social and political issues at stake in the world right now, and those fighting for them are fighting dirty.

Only the day before last, SHTF pointed out that the bankers-that-be have put a gun to the head of the economy, and would do anything to scare the British out of voting for a Brexit.

Following the tragic murder of Jo Cox, an advocate for voting to stay in next week’s referendum, campaigning over whether the U.K. should quit the European Union was suspended for a second day on Friday.  Events planned by the two main campaign groups were canceled, while publication of opinion polls and an International Monetary Fund report were delayed until the weekend as tributes were paid to Cox.

As we reported yesterday, Cox, 41, was shot dead in the town of Birstall, northern England, in the early afternoon on Thursday. It was the first killing of a member of Parliament in more than two decades, since the days of Irish Republican terrorism. Cox was elected to the House of Commons last year and had taken an active part in the campaign to keep Britain in the EU. On Wednesday, her husband, Brendan, had taken their two young children out onto the River Thames to fly an “IN” flag from a motorboat.

As Bloomberg reports, Clarke Rothwell, an eyewitness to Cox’s killing, said he had seen a man shoot and then stab her. “The words I heard him say was ‘Britain First’ or ‘Put Britain First’,” Rothwell said in a BBC television interview. “He shouted it at least twice.” Other have contested this account however by now it is already part of the narrative.

The timing of the tragic and historic killing is incredulous! A deus machina to intervene in the growing momentum of the movement for sovereignty and withdrawal from the disastrous and authoritarian EU superstate.

Prior to these terror events, momentum had been gaining for the ‘Leave’ camp who showed a ten point lead and read chance of winning the referendum.

Now, with the high profile killing of a Minister of Parliament who was FOR European Union membership, it is sour grapes for those supporting a ‘Brexit.’

The event comes conspicuously only days after the worst mass murder spree in the United States, as well as the conclusion of the secretive Bilderberg meeting in Dresden, Germany where many of the original architects of the European Union and the Euro currency attend annually. The group of elite bankers and industrialists have been very concerned about the possibility of a Brexit.

Something suspicious is going on, and it seems shameful the lengths to which the powers-that-be will go to strong arm and threaten the people out of fighting for sovereignty on any front.

BTW, it was only last month that a dummy bomb was found in a British soccer stadium, which SHTF speculated at the time was a possible threat or test run for a terror attack to discredit Brexit supporters or give a new pretext for ‘uniting’ under the EU banner to counter terrorism.

At this point, it is questionable whether or not the Brexit referendum will still move forward, and how the event will sway the vote.

Her murder followed an increasingly acrimonious debate over the referendum, with opinion polls putting “Vote Leave” ahead by several percentage points. Even sadder, her death was used as a catalyst by the market to push asset prices higher, because as Deutsche Bank’s Jim Ried admitted,  “while it seems insensitive to talk about markets in relation to this event, unfortunately this story heavily influenced them yesterday.” What he means is that in response to what many have seen as a politically motivated killing, the odds of “Leave” as expected to fall. While there are no official polls today, the bookies have already priced this effect, and as we showed earlier, Brexit odds fell leading to a rebound in Sterling, and global assets.