Mysterious Hum From Deep Inside The Earth Revealed: Scientists Have NO IDEA What It Actually Is! 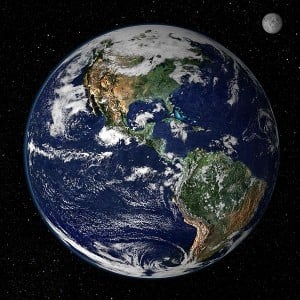 It has long been known that the Earth continually generates a low-frequency vibration signal, with attempts at recording the “hum” going back to at least 1959 while finally been conclusively proven in 1998 despite the fact that scientists have no idea what is actually causing it.

Now, for the first time ever, scientists have actually measured the hum using seismic instruments placed at the bottom of the ocean.

“The researchers first gathered data from 57 seismometer stations located in the Indian Ocean, east of Madagascar, between 2012 and 2013,” the United Kingdom’s Mirror newspaper reported.

“They then applied a combination of techniques to remove interference from ocean infragravity waves, currents and electronic glitches, and corrected for the signal generated by any earthquakes. Eventually, they were able to determine that the Earth’s natural vibration peaks at several frequencies between 2.9 and 4.5 millihertz.”

According to the report, the vibrations cannot be heard by people due to the fact that they are at least 10,000 times smaller than the hearing threshold for humans.

Amazingly, the fact that the hum can be detected across 70% of the earths surface as well as at the bottom of the ocean points to it being present throughout the entire planet.

However, the fact that they have been detected at the bottom of the ocean, and around 70% of the planet’s surface is covered by water, suggests that the hum is present across the entire globe.

The research team, led by Martha Deen at the Paris Institute of Earth Physics, hopes the new data will provide clues as to the source of the hum.

Seismologists have proposed many different theories to explain the continuous vibration – from atmospheric disturbances to ocean waves moving over the sea floor.

However, the study, published in Geophysical Research Letters, concludes that these theories can only explain part of the vibration.

Deen and her co-authors believe the data could also help scientists map the interior of Earth with more detail and accuracy than ever before.

Newsweek also covered the new recordings of the hum, noting that it could eventually help us discover the makeup of the planet itself.

Scientists have recorded the mysterious sound of the Earth deep underwater for the first time. The eerie hum could be key to understanding the makeup of the planet itself—but no one knows what makes it.

First proposed in the 19th century, scientists have been trying to record the Earth’s hum since 1959. The Earth expands and contracts very slightly all the time, creating a steady sound that’s inaudible to human ears. No one really knows why this happens, but scientists think ocean waves could be the source.

Powerful waves pummel the surface of Earth all the time, so experts think that pounding might fuel its movement. Covering two-thirds of the planet, they are a great place to hunt for the hum. Unfortunately for researchers, however, these vast areas are widely unexplored.

“Station coverage in the oceans is much sparser than on land, leaving great parts of the Earth uncovered,” scientists wrote in the recent study, published in Geophysical Research Letters.

Additionally, some conspiracy theorists believe that the so-called “hum” is proof that the Earth itself is either hollow or that a past civilization somehow reached the inside of the planet.

What do you think? What is this mysterious hum and is it connected to the various hollow earth theories floating across the internet?