Liberal Hollywood Darling Sarah Silverman Describes Being “Scared” Of The American Flag, Attempts To Connect Patriotism With Being A Nazi 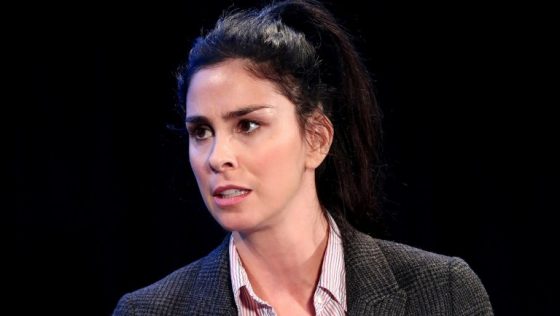 Liberal comedian Sarah Silverman recently decided to address the topic of “nationalism” during a segment on her Hulu talk show during which she described being scared after an old boyfriend hoisted an American flag onto his property.

Silverman described her “visceral reaction” to literally being proud of ones country in a monologue that eventually devolved into the noted anti-Trump comedian pathetically attempting to connect patriotism with being a Nazi.

You truly can’t make this stuff up folks.

“I had a boyfriend many years ago, he was my first boyfriend who had his own house, and one day I went outside to see what he was doing, and he was hoisting an American flag up the flagpole in his front yard,” Silverman said. “And I instantly felt very weird. It didn’t make sense, but I felt, scared.”

After questioning her boyfriends motives, (why else would someone be putting up an American flag but for love of country?!) he apparently responded with, “Um, because I love America?”

Silverman went on to claim that she was so shaken inside from seeing the horror of someone raising an American flag in their front yard that she had to call her sister in Israel for help.

“I had no idea why I was freaking out,” she continued before directly using a well-known propaganda technique to connect two ideas that have absolutely nothing to do with each other but allow the left to continue to attack both the president and his tens of millions of supporters.

“My sister was like, ‘Dude, nationalism is innately terrifying for Jews. Think about it: flags, marching, blind allegiance, these things tend to ring a bell for us,’” she said.

“Right. Of course. Duh. It made sense. And it made me realize that the things that terrify some people are the same things that give other people great comfort. It’s like the way the sight of a police car might give some people comfort, for instance, white people.”

That’s right, Silverman openly connected the idea of American nationalism with Nazi Germany as if the two have anything remotely to do with each other. Keep in mind her show itself is called, “I Love You America”.

Make no mistake, this is a purposeful deception aimed at convincing otherwise patriotic Americans that showing their patriotism could not only hurt the feelings of others, it could show your connection to racism.

My take on the rise of nationalism in America. #ILYAmerica pic.twitter.com/VzXJZpNDDo