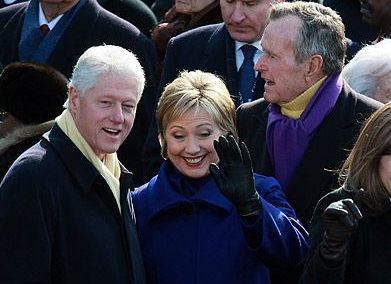 Editor’s Comment: If ever the two party system reared its ugly headed, and allowed itself to be seen in full view, this is it. Donald Trump is the man so reviled, that Republican presidents are voting for legacy insider Democrats.

Of course, it is no surprise, as the Bushes have long regarded Bill Clinton as a surrogate son, and Hillary as an in-law and partner in crime. American politics is inbred like that, and the power spoils. Here we are at the crossroads of a quarter century of decline at the hands of these two families, and they are now teaming up openly in desperate plea for the nation to keep them on as the ruling dynasty.

Will 2016 symbolize their fading grasp on power, or will it merely be masked in new ways? 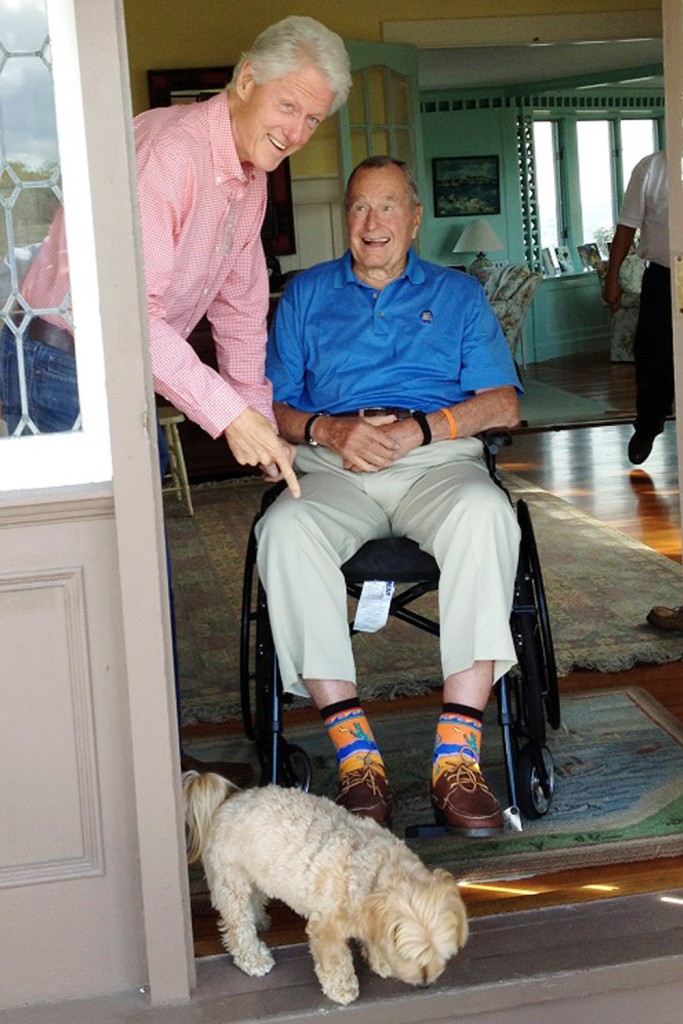 However, that’s just a BS excuse. Considering how close knit the Bushes and Clintons are (they’ve been ruling us for over 30 years now as America’s unofficial dynasty families after all), this really shouldn’t be that much of a surprise. Bill loves H. W.; he has also referred to George W. as his “brother from another mother”.

Was there ever a doubt George H.W. Bush and his family were going to vote for @HillaryClinton ? #TrumpPence16 #TrumpTrain @realDonaldTrump pic.twitter.com/aEfudpqzHz — Ron Joseph(NYOC) (@TrotlineDesigns) September 20, 2016

For many, the fact that Hillary is being officially endorsed by George H. W. Bush is not a surprise, but it is yet another reason they will be voting for Donald Trump.

@Telegraph And a very good reason not to vote for her

@Telegraph shows that @realDonaldTrump is the right guy for the job. I mean the bush family backs hillary! That’s an endorsement of trump.

@Telegraph what a surprise all members of the same club — Terminal4u (@Terminal4u) September 20, 2016

Yes. Yes they are.

@Telegraph @TelegraphNews Between them two families they f***** up the world in the last 25 plus years — FrenchSissokoplease (@yidoyidoyido) September 20, 2016