FISA Memo: James Comey Lied Under Oath About Trump Surveillance And Is Now Pathetically Attacking Republicans For Revealing His Corruption 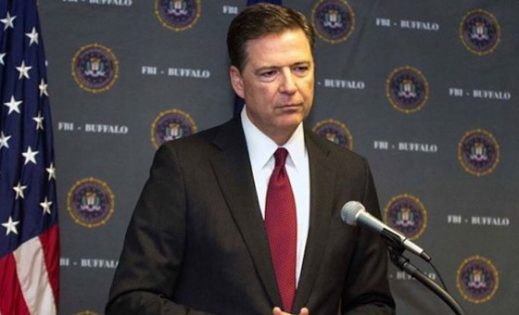 The recently released FISA memo has proven that former FBI Director James Comey lied under oath when he told Congress that there was no information within the FBI or DOJ regarding surveillance on the Donald Trump campaign.

The memo’s release has confirmed that to be an outright lie, detailing the shocking fact that Comey’s FBI used information obtained by Christopher Steele, from Russian sources, to secure a FISA warrant against Trump campaign aide Carter Page.

Or, in other words, Trump was completely right to fire Comey who not only allowed Hillary Clinton to get off free but was actively working against the then Republican candidate during the election itself.

For his part, Comey has laughably tried to downplay the revelations contained in the FISA memo (which confirm him to be a liar) in a series of Tweets that attempts to act as if the revelations are a big nothingburger.

That’s it? Dishonest and misleading memo wrecked the House intel committee, destroyed trust with Intelligence Community, damaged relationship with FISA court, and inexcusably exposed classified investigation of an American citizen. For what? DOJ & FBI must keep doing their jobs.

Dishonest and misleading? I think not. Full of shocking facts that exposes Comey and his Clinton crew as working against the president? I think so.

Comey’s tweet should confirm once and for all that the man was absolutely actively working against President Trump and was willing to not only leak classified details to the media but is also now apparently willing to lie about the the contents of the memo to cover for himself and his deep state lackeys.

That time when Comey lied under oath and said he “looked carefully” and found “no information” regarding Trump surveillance in FBI and DOJ-> pic.twitter.com/H2mSCo8MRf

Comey also used the anti-Trump dossier despite knowing it was completely unverified:

One glaring possible inconsistency centers on Comey’s June 8, 2017 prepared remarks for the Senate Select Committee on Intelligence, where he referred to the anti-Trump dossier as containing “salacious and unverified” material.

Yet, according to the memo crafted by House Republicans, Comey personally signed three FISA court applications utilizing that same dossier that he labeled “salacious and unverified” eight months later to obtain FISA court warrants to conduct surveillance on Carter Page, who briefly served as a volunteer foreign policy adviser to Trump’s 2016 campaign.

The memo documents that on October 21, 2016, the FBI and Justice Department sought and received the FISA order against Page, and that the agencies sought the renewal of the order every 90 days in accordance with court requirements.  Renewals require separate finding of probable cause each time, the memo relates.