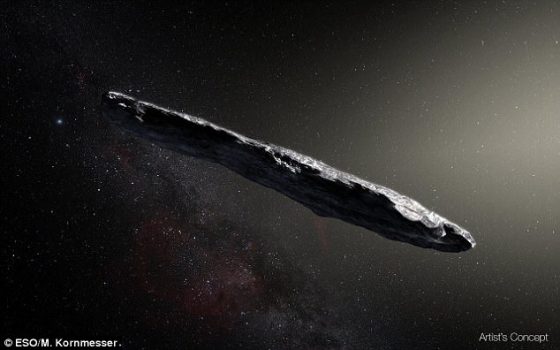 President Donald Trump recently signed a new directive that reauthorizes NASA to return American astronauts to the moon in a move that directly countered the Obama administrations push to privatize space exploration.

Complete with multiple astronauts in attendance, Trump made “Space Policy Directive 1” official which not only allows the country to once again put man on the moon, it also lays the groundwork for an eventual mission to Mars.

“This marks an important step in returning American astronauts to the Moon for long term exploration,” said Trump, while also implying that there may eventually be a base built on the moon as well as “potential” mining activities.

“We’re about to begin new journeys of exploration and discovery and once again imagine possibilities awaiting in those big, beautiful stars, and dare to dream big,” Trump continued.

In addition to “reclaiming our proud destiny in space,” Trump said the new directive will spur innovation—including the development of technologies that can be leveraged for military applications.

The mission to the Moon, it’s clear, is more than just about restoring American pride—it’s also about making sure the US continues to be a part of the 21st century space race.

Vice President Mike Pence, who’s the chairman of the National Space Council, spoke after Trump, saying it’s a “momentous occasion in the history of American space exploration”—one that will ensure Americans “lead in space once again.”

Pence said the recommendations made by the re-launched National Space Council were unanimously approved. The plan, said Pence, will “provide for the common defense of the United States,” and “spur innovation…and see jobs created that we couldn’t even imagine will be created today.”

Interestingly, the news that we will once again be putting man on the moon came as a team of astronomers announced that a comet that recently sailed past the earth may have been extraterrestrial in origin.

The cigar shaped asteroid, ‘Oumuamua, was the first interstellar object seen in the solar system after it was discovered by scientists who now plan to scan it in the hopes that they find radio signals coming from the comet itself.

The alien-hunting project will use the Green Bank Telescope in West Virginia for its investigation, with the campaign set to begin at 3:00pm ET (8:00pm GMT) on Wednesday.

The telescopes sensitive equipment would would take less than a minute to pick up something as faint as the radio waves from a smartphone, according to the Atlantic.

Milner, the business mogul behind Breakthrough Listen, a $100 million (£75m) search for intelligent extraterrestrial life, received an email about the object last week from one of his chief scientists.

Amazingly, one of the chief scientists for “Breakthrough Listen” noted that the more he studied the object the more he came to believe that it might be artificially created.

‘The more I study this object, the more unusual it appears, making me wonder whether it might be an artificially made probe which was sent by an alien civilisation,’ Professor Avi Loeb, the chair of Harvard’s astronomy department and one of Milner’s advisers on Breakthrough Listen, wrote in the email.

Professor Loeb said the space rock’s peculiar elongated shape is odd for a common space rock but ideal for a ship flying between star systems.

While we obviously do not have proof that there is a connection here, it does make one wonder, especially when you consider that Trump’s decision was a complete reversal from former President Obama’s with the decision seemingly coming out of no where.

Regardless, I think it is safe to say that the country as a whole is much better off having NASA send Americans into space rather than using private companies who are trying to make money while at the same time attempt to explore space.

There simply is no reason that NASA should not be sending astronauts to the moon.