CENSORSHIP: Infowars’ Alex Jones Is ‘One Strike’ Away From A YouTube BAN 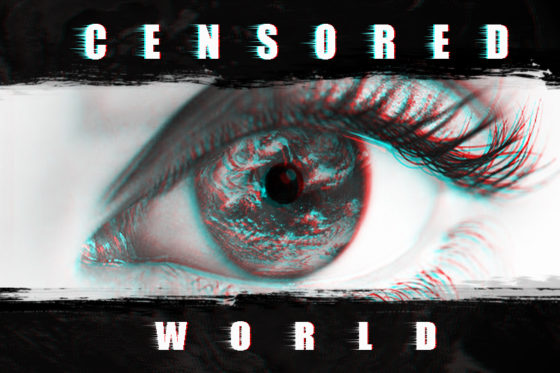 YouTube censorship is getting really noticeable in recent days, and honestly, it should bother everyone.  Now, Alex Jones is saying his channel Infowars is one strike away from a YouTube ban with 2.2 million subscribers.

According to The Hill, the YouTube channel said it received an alert from YouTube on Tuesday morning, saying Infowars received a second strike on a video about the Parkland, Florida high school shooting and will temporarily be unable to upload new content.

And for those who say “it’s just Infowars, what does it matter?” Remember, YouTube isn’t taking down videos that are fake, like all those flat earth videos, or others that claim the moon is only 70 miles away.  They are removing videos with content they don’t like and are censoring the information people are exposed to, just like Hitler did in Nazi Germany. 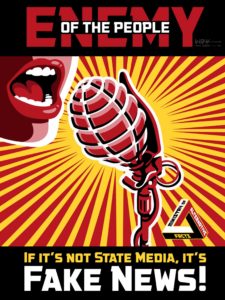 “This is the second strike applied to your account within three months. As a result, you’re unable to post new content to YouTube for two weeks,” the alert said to Infowars. “If there are no further issues, the ability to upload will be automatically restored after this two week period.” Infowars’s second strike comes as social media giants like YouTube and Twitter grapple with how to handle non-state media offering alternative views of certain events.

While Infowars has several other ways to promote its videos, (including an online radio show, its own website, Twitter, and Facebook) a ban would cut Infowars off from its YouTube subscribers, which number more than 2 million. CNN reported last week that the channel, which is run by host and owner Alex Jones, had received its first strike for promoting a conspiracy theory about the Parkland shooting. Jones didn’t tow the mainstream media’s line and parrot the official narrative? Oh, the horror!

There sure are a lot of complaints from mainstream media about alternative media lately.  Which we think is a good sign.  It means they are worried they’ve lost control of the minds of the public and have no other option but straight-up Nazi-style censorship.

“They are whittling down online freedom of speech to the point that there will only be allowed one story. The government prescribed official version of reality,” says Melissa Dykes. It should be everyone’s right to search for answers especially when most people don’t trust the mainstream media to be honest with them in the first place. When there are gaping holes in the media’s stories, people will search for the truth and they will then not parrot the official narrative, and be called “conspiracy theorists.”

“What’s a fake video? It’s pretty much anything that would call into question the official story,” Dykes says.  Bingo.  Jones is simply questioning the narrative, and the government and propagandized media can’t have anyone stepping out of line.

On Wednesday, Twitter Safety released a statement regarding the Parkland students. Anyone “harassing” (disagreeing with) the Parkland students demanding your disarmament will be banned. Twitter also said that they are using “anti-abuse tools to weed out malicious automation around these individuals and the topics they are raising.” According to Natural News, in other words, if you dare question or refute anything these teenagers say, you risk being banned from the platform. How dare you question the wisdom of children who didn’t know last week that eating Tide pods is dangerous, but have now decided what kind of gun laws you need to be regulated by. –SHTFPlan

“When you tear out a man’s tongue, you are not proving him a liar, you’re only telling the world that you fear what he might say.”― George R.R. Martin, A Clash of Kings