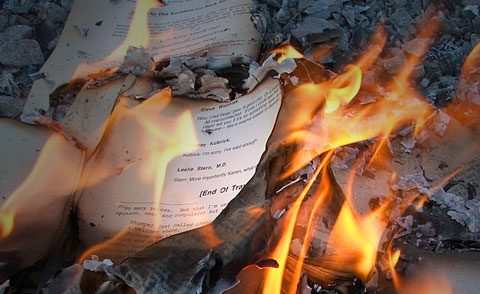 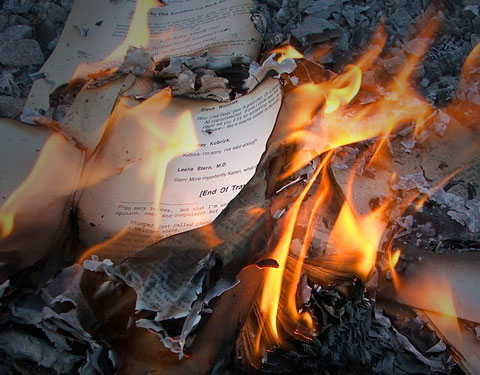 Most people like to believe that the West is some grand refuge of freedom and liberal democracy, and that any of the terrible things we’ve done, are all in the past. This belief especially applies to issues like censorship. The public tends to think that restricting free speech is something that prudish or narrow-minded conservatives did during the McCarthy era, or perhaps they’re reminded of the book burnings of Nazi Germany. However, censorship is still alive and well today, it just goes by a different name: Political Correctness.

Kurt Nimmo of Infowars.com recently reported on a translated German article, which suggests that at German library in culling insensitive books.

More than 3,000 books from a municipal library in the German town of Bad Durrheim were destroyed after they were judged to be politically incorrect.

According to Roland Tichy, chairman of the Ludwig-Erhard-Foundation and the former editor of the business news magazine Wirtschaftswoche, the purge focused on author Erich Kästner and others who used “incorrect” words such as “Negro” and “Gypsy.”

Kästner is the author of a number of popular books, including “The Flying Classroom,” “Pünktchen und Anton,” and ”Lottie and Lisa.”

He received the international Hans Christian Andersen Medal in 1960 for his autobiography “Als ich ein kleiner Junge war.” He was also elected President of the PEN Center of West Germany.

According to Tichy, Kästner’s “books have landed on the funeral pyre of the infamous book burnings of the Nazis, who plundered the intellectual writings Germany to prevent any form of one’s own thinking.”

So not only were Kästner’s works burned by the Nazi’s, they were burned again because of words that were written in a time period that wasn’t as sensitive as ours. They’re basically punishing dead authors for unwittingly offending future readers.

But don’t think that this sort of thing won’t happen in America. Political correctness is already worming its way into our literature. Just a few years ago, a professor tried to publish a new edition of Huckleberry Finn, with all of the colorful language removed. More recently, horror author Anne Rice made light of the PC trends in the book world today.

“I think we are facing a new era of censorship, in the name of political correctness. There are forces at work in the book world that want to control fiction writing in terms of who “has a right” to write about what. Some even advocate the out and out censorship of older works using words we now deem wholly unacceptable. Some are critical of novels involving rape. Some argue that white novelists have no right to write about people of color; and Christians should not write novels involving Jews or topics involving Jews. I think all this is dangerous.”

Of course, censorship may not come in the form of burning books at all, since political correctness has already taken its toll on public discourse in America. Between the privilege checking and the trigger warnings, we’re raising an entire generation of adults who can’t handle any idea that challenges their world view.

So America’s future won’t be teaming with book pyres for as far as the eye can see. Instead, books that are worth burning won’t be written in the first place, because nobody will even know what it means to be controversial.