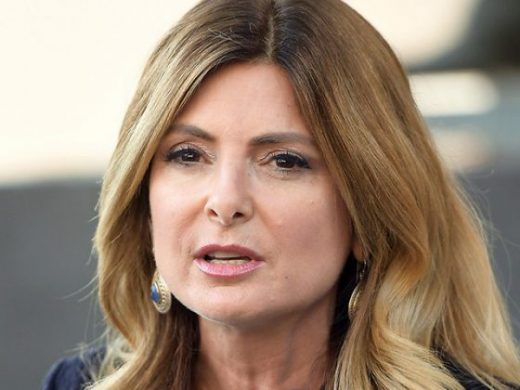 A media promoted, leftist women’s rights lawyer openly sought to arrange payments from both liberal donors and the mainstream media for the women she represented who accused then presidential candidate Donald Trump of sexual misconduct, according to a bombshell new report from The Hill.

One of the Bloom clients who DID receive financial help in exchange for her allegations against Trump was New York City makeup artist Jill Harth who herself defended the revelations while claiming that the money had nothing to do with her coming forward in the first place.

The former beauty contestant manager filed a sexual harassment lawsuit against Trump in 1997 and then withdrew it under pressure. The news media discovered the litigation during the election, and Harth’s name became public in the summer of 2016. She asked Bloom to represent her in the fall after hearing Trump describe her allegations against him as false, and became a vocal critic of Trump.

“I consider myself lucky to have had Lisa Bloom by my side after my old lawsuit resurfaced. She advised me with great competence and compassion,” Harth told The Hill.

Harth said she did not originally ask Bloom for money, even though her cosmetics business suffered from the notoriety of the campaign stories about her.

But later, Bloom arranged a small payment from the licensing of some photos to the news media, and then set up a GoFundMe.com account to raise money for Harth in October 2016. “Jill put herself out there, facing off with Donald Trump. Let’s show her some love,” the online fundraising appeal set up by Bloom’s husband declared.

Bloom then arranged for a donor to make a larger contribution to help Harth pay off the mortgage on her Queens apartment in New York City. The amount was under $30,000, according to a source directly familiar with Harth’s situation. Public records show Harth’s mortgage was recorded as extinguished on Dec. 19, 2016.

Harth said the payments did not affect the merits of her allegations. She alleges that during a January 1993 meeting at Trump’s Mar-a-Lago estate, the future president pushed her up against a wall and groped her, trying to get his hands up her dress.

That’s right, Harth received over 30,000 dollars after coming forward with allegations against Trump but we are supposed to believe there was no connection between the allegations and money received?!

The report also details the fact that Bloom herself was an anti-Trump operative who supported Hillary Clinton for President.

But one woman who did not go public with allegations agreed to share her documents and talk to The Hill about her interactions with Bloom if The Hill honored its commitment to maintain her anonymity.

Both that woman and Harth, who were friends, stressed that Bloom never asked them to make any statements or allegations except what they believed to be true.

Their texts and emails indicate Bloom held a strong dislike of Trump though. Bloom is the daughter of Gloria Allred, another prominent attorney who is representing a number of women who have made accusations of sexual misconduct against Trump.

In an email to the unnamed woman, Bloom said that her story was “further evidence of what a sick predator this man is,” referring to Trump.

And when a potential client abruptly backed out of a pre-election news conference in which she was supposed to allege she was sexually assaulted at age 13, Bloom turned her attention to another woman.

That woman, Harth’s friend, went back and forth for weeks with Bloom in 2016 about going public with an allegation of an unsolicited advance by Trump on the 1990s beauty contest circuit.

“Give us a clear sense of what you need and we will see if it we can get it,” Bloom texted the woman a week before Election Day.

“I’m scared Lisa. I can’t relocate. I don’t like taking other people’s money,” the woman wrote to Bloom.

“Ok let’s not do this then,” Bloom responded. “We are just about out of time anyway.”

The woman then texted back demanding to know why there was a deadline. “What does time have to do with this? Time to bury Trump??? You want my story to bury trump for what? Personal gain? See that ‘s why I have trust issues!!”

The woman told The Hill in an interview that Bloom initially approached her in early October through Harth. She said she considered coming forward with her account of an unsolicited advance by Trump solely to support her friend Harth, and not because she had any consternation with Trump, who ended the advance when she asked him to stop, she said.

The woman said Bloom initially offered a $10,000 donation to the woman’s favorite church, an account backed up by text messages the two exchanged.

“Please keep the donation offer confidential except to your pastor,” Bloom wrote the woman on Oct. 14, 2016.

When Bloom found out the woman was still a supporter of Trump and associated with lawyers, friends and associates of the future president, she texted a request that jarred the woman.

“When you have a chance I suggest you delete the August 2015 Facebook post about supporting Trump,” Bloom texted. “Otherwise the reporter will ask you how you could support him after what he did to you. Your call but it will make your life easier.”

The woman declined. “I hate to say it, but i still rather have trump in office than hillary,” the woman texted back. Bloom answered, “Ok I respect that. Then don’t change anything.”

Eventually the two decided the woman’s continued support of Trump was a benefit to her narrative if she went public with her accusations, the messages show. “I love your point about being a Trump supporter too,” Bloom texted on Oct. 14, 2016.

The text messages show the woman made escalating requests for more money.

By early November, the woman said, Bloom’s offers of money from donors had grown to $50,000 to be paid personally to her, and then even higher.

All in all the entire Hill report is a MUST-READ and conclusively proves that many of the women who have alleged that Trump assaulted them have either been paid off or have received offers of payment.

One can imagine that the mainstream media will either ignore this story or somehow claim that it is sexist to be angry about women receiving money to potentially lie about a presidential candidate.