Shock! Deutsche Bank Admits in Court “Precious Metals Market Has Been Rigged All Along” 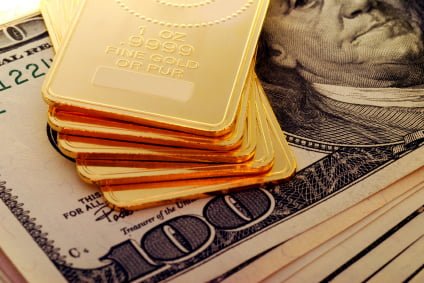 Editor’s Comment: So, everyone paying any attention already knew that the commodities markets – and especially gold and silver – have been heavily manipulated. If their true value was reflected in the spot price, all the phony and puffed up stuff on the stock market would be seen for the worthless garbage it is.

But for a major bank to officially admit it is a major revelation. Perhaps it could set a precedent and lead to a new investigations, scandals and perhaps vindication for advocates of sound money and a sound economy.

Earlier today when we reported the stunning news that DB has decided to “turn” against the precious metals manipulation cartel by first settling a long-running silver price fixing lawsuit which in addition to “valuable monetary consideration” said it would expose the other banks’ rigging having also “agreed to provide cooperation to plaintiffs, including the production of instant messages, and other electronic communications, as part of the settlement” we said “since this is just one of many lawsuits filed over the past two years in Manhattan federal court in which investors accused banks of conspiring to rig rates or prices in financial and commodities markets, we expect that now that DB has “turned” that much more curious information about precious metals rigging will emerge, and will confirm what the “bugs” had said all along: that the precious metals market has been rigged all along.”

This was confirmed moments ago when Reuters reported that Deutsche Bank has also reached a settlement in US litigation alleging the bank conspired to fix gold prices. In other words, hours after admitting it was rigging the silver market, it did the same for gold.

Most importantly, as the actual settlement reveals, Deutsche has agreed that in addition to once again providing “valuable monetary consideration” which will be paid into a settlement fund, that like in the silver settlement it will provide “cooperation in pursuing claims against the remaining Defendants.“

And with that the floodgates open.

Here is the full settlement letter:

As a reminder, this is what we reported just hours ago on an identical settlement involving Deutsche Bank admitting to also rigging silver:

Back in July of 2014, we reported that in an attempt to obtain if not compensation, then at least confirmation of bank manipulation in the precious metals industry, a group of silver bullion banks including Deutsche Bank, Bank of Nova Scotia and HSBC (later UBS was also added to the defendants) were accused of manipulating prices in the multi-billion dollar market.

The lawsuit, which was originally filed in a New York district court by veteran litigator J. Scott Nicholson, a resident of Washington DC, alleged that the banks, which oversee the century-old silver fix manipulated the physical and COMEX futures market since January 2007. The lawsuit subsequently received class-action status. It was the first case to target the silver fix.

Many expected that this case would never go anywhere and that the defendant banks would stonewall indefinitely: after all their legal budgets were far greater than the plaintiffs.

Which is why we were surprised to read overnight that not only has this lawsuit against precious metals manipulation not been swept away, but that the lead defendant, troulbed German bank Deutsche Bank agreed to settle the litigation over allegations it illegally conspired with Bank of Nova Scotia and HSBC Holdings Plc to fix silver prices at the expense of investors, Reuters reported citing a court filing by law firm Lowey.

Terms were not disclosed, but the accord will include a monetary payment by the German bank.

It goes without saying, that there would have been neither a settlement nor a payment if the banks had done nothing wrong.

According to Reuters, Deutsche Bank has signed a binding settlement term sheet, and is negotiating a formal settlement agreement to be submitted for approval by U.S. District Judge Valerie Caproni, who oversees the litigation. A Deutsche Bank spokeswoman declined to comment. Lawyers for the investors did not immediately respond to requests for comment.

As noted above, investors had accused Deutsche Bank, HSBC and ScotiaBank of abusing their power as three of the world’s largest silver bullion banks to dictate the price of silver through a secret, once-a-day meeting known as the Silver Fix.

None of this will come as a big surprise to readers, most of whom have been aware that this took place for years.

In a curious twist, the settlement letter reveals a stunning development, namely that the former members of the manipulation cartel have turned on each other. To wit:

“In addition to valuable monetary consideration, Deutsche Bank has also agreed to provide cooperation to plaintiffs, including the production of instant messages, and other electronic communications, as part of the settlement. In Plaintiff’s estimation, the cooperation to be provided by Deutsche Bank will substantially assist Plaintiffs in the prosecution of their claims against the non-settling defendants.”

The full shocking letter can be read here:

Since this is just one of many lawsuits filed over the past two years in Manhattan federal court in which investors accused banks of conspiring to rig rates or prices in financial and commodities markets, we expect that now that DB has “turned” that much more curious information about precious metals rigging will emerge, and will confirm what the “bugs” had said all along: that the precious metals market has been rigged all along.

Finally, we’ll just remind readers that the US commodity “regulator”, the CFTC in 2013 closed its five year investigation concerning allegations that the biggest bullion banks manipulate silver markets and prices.  It proudly reported in September 2013 that it found no evidence of wrongdoing and dropped the probe. This is what it said:

The Commodity Futures Trading Commission (CFTC or Commission) Division of Enforcement has closed the investigation that was publicly confirmed in September 2008 concerning silver markets. The Division of Enforcement is not recommending charges to the Commission in that investigation. For law enforcement and confidentiality reasons, the CFTC only rarely comments publicly on whether it has opened or closed any particular investigation. Nonetheless, given that this particular investigation was confirmed in September 2008, the CFTC deemed it appropriate to inform the public that the investigation is no longer ongoing. Based upon the law and evidence as they exist at this time, there is not a viable basis to bring an enforcement action with respect to any firm or its employees related to our investigation of silver markets.

In light of this confirmation that the CFTC’s probe was “lacking” perhaps it is time for the so-called regulators who at the time was headed by ex-Goldmanite Gary Gensler (and assisted by “revolving door” expert and HFT lobby sellout Bart Chilton) to reopen its investigation?