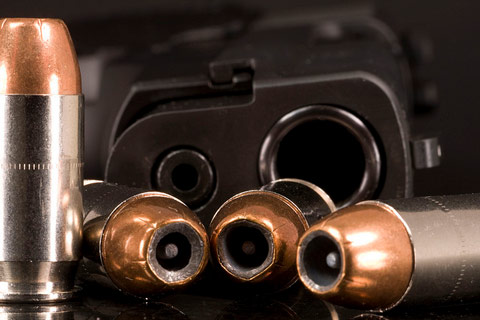 Editor’s Comment: The more that liberal states attempt to restrict gun ownership, the more that the reasons for having self-defense tools rears its head. Crime goes down where gun ownership is strong, and where they clamp down, Americans come out of the woodwork to purchase weapons while they can, and prepare to defend themselves no matter what.

The 2nd Amendment is perhaps the most tangible of American rights, and not a piece of heritage that many are willing to let go of, nor should they.

Here’s Why Liberals Are Suddenly Embracing the 2nd Amendment

Bureaucrats in California are ringing in the new year by doubling down on their failed policies to stop gun violence. As of January 1st, six new bills are being phased in that close the so-called ‘bullet-button’ loophole and require background checks to buy ammunition. Another policy would have banned magazines that hold over ten rounds, but in a surprise move, the magazine restriction was repealed on December 29th, just ahead of the deadline. Although California has always been a poster child for the progressive agenda, support for these extreme measures seems to have faded — especially since the result of the presidential election.

These new standards were signed by Governor Jerry Brown in the wake of the San Bernardino attack last December, and in many ways, they mimic the registry created in Connecticut after Sandy Hook. Even though the changes solidify California’s status as the most draconian state when it comes to gun rights, public opinion may be at a turning point.

The reality of a Trump administration has shocked many Californians into a newfound appreciation for the 2nd Amendment. Since November, there has been a record number firearms sold in the Golden State — and many of those buying them are liberals. Hopefully, instead of being blinded by identity politics, this can be a moment for both parties to realize gun ownership is a necessary check on centralized power. The 2nd Amendment has long been a point of contention between the left and the right, but perhaps a year like 2016 is what was needed to find some common ground.

Regardless of one’s beliefs, when the president has far-reaching, violative power, concerns of authoritarianism will inevitably come from both sides of the political spectrum. An armed populace, though, has much less to fear from the whims of a dictator, whether they are a fascist or a socialist.

Yet if the original magazine ban hadn’t been repealed, thousands of innocent people would have been turned into felons overnight. Those who don’t comply with the numerous other new stipulations are still at risk.

For this reason, those who oppose the drug war should empathize with gun owners who find themselves in the crosshairs of the State. People who have experimented safely with marijuana or psychedelics understand that when used responsibly, they can be important tools in improving quality of life. That’s why it’s infuriating to see politicians who have never experienced the benefits of these substances make laws that put people in jail for simply possessing a plant.

But why isn’t there the same anger when politicians who have never been in a fight or shot a gun (yet are protected by armed bodyguards) create laws criminalizing individuals’ choices on how they defend themselves? The drug war uses law enforcement on non-violent people to enforce arbitrary victimless crimes, but it is just as immoral when law-abiding gun owners are targeted by the State at the behest of a fearful public.

This targeting amounts to the collectivization of millions of people, the vast majority of whom will never harm anyone. In the same way, the majority of cannabis or psychedelic users do not harm others — let alone themselves — proving blanket bans unreasonably violate the rights of non-violent individuals.

Further, instances where firearms are used in self-defense are almost never covered by the press —  but lives saved by guns should carry significant weight in the discussion. Taking away legal firearms only limits options for those who become victims when the police aren’t close enough to intervene. Obviously, not everyone has the desire to carry a firearm, just as there are many people who have no interest in using drugs, but entrusting government as the mediator of what is reasonable and ethical is a fatal mistake that has been highlighted throughout history.

The well-known tactics of doublespeak and problem-reaction-solution have been deployed on the public to link society’s perception of gun ownership to criminality. Terms like bullet-button, high-capacity, automatic rifle, and ghost gun are all manipulative words that have been used to confuse those who aren’t assimilated into American gun culture. With little personal experience on which to base their opinions, many liberals unquestionably accept the State’s assertions that guns are to blame — accusations that inevitably follow these tragic scenarios.

Unfortunately, the government has a poor track record of addressing the root cause of the issue and not just a symptom of the disease. There is no amount of laws that can be written to solve the underlying societal problems driving the violence, and like it or not, the weapons of millions of Americans are here to stay. When crucial information from the media is being intentionally omitted, the result can be just as deceptive as an outright lie.

Even the infamous false claim that there were 355 mass shootings in 2015 made its rounds and was regurgitated on major networks. But deliberate wording was used to skew the data and guide the public’s reaction. Out of those 355 incidents, only a handful resulted in any loss of life, even though the audience associated mass shootings with the few mass murders they had seen broadcast non-stop.

The source of the data is a site called Mass Shooting Tracker, and their calculations are vastly different than most would assume. The organization clearly states how they define mass shootings on their web page:

“The current FBI definition of mass murder, commonly accepted by the media as a proxy for ‘mass gun violence,’ is three or more people murdered in one event. We believe this does not capture the whole picture. Many people may survive a shooting based on luck alone…Our definition is this: a mass shooting is an incident where four or more people are shot in a single shooting spree. This may include the gunman himself, or police shootings of civilians around the gunman.”

The statistics echoed throughout the mainstream media to convince the public that we’re in the midst of a mass shooting epidemic — and that assault rifles are largely to blame — has been a spectacle. Even something as simple as the number of gun deaths is consistently inflated by the rate of suicides, which are often included in tallies. The gun control position would at least have some integrity if they went after the weapons that are used in 68% of all murders — handguns. But instead of standing on the values they preach, gun control advocates turn to emotional manipulation that undermines logic to target rifles, which account for only 3% of all murders. FBI reports have consistently shown an overall decrease in violent crime, but only cities that have instituted the strictest gun control, like Chicago, have fallen victim to unprecedented turmoil — turmoil that, if state gun laws worked, would be avoided.

The democratic nature of the United States is only valuable if it remains representative of all opinions without marginalizing the rights of the minority. The rise of the Calexit movement has created a unique opportunity to open up the debate on the issue of state rights, which until now has mostly been associated with right-wing parts of the country.

Hopefully, the perfect storm of political upheaval and government overreach can bring people together behind individual freedom. The new laws being implemented in California exemplify a failed solution to a complex problem. If 2016 did one thing, it highlighted the differences in values and vision that separate the ideologies of the nation. In the pursuit of diversity, the differences in ideas have been placed on the back burner, but if progress that is more than skin deep is going to be made, then all views — even the unpleasant ones — need to be heard.