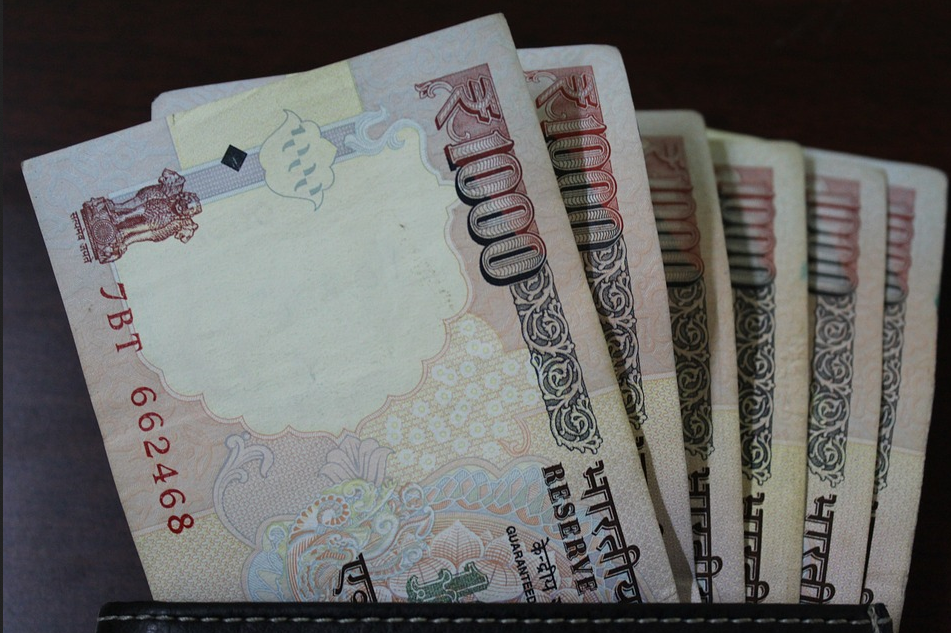 Editor’s Comment:“Let me issue and control a nation’s money and I care not who writes the laws.” – Mayer Amschel Rothschild (1744-1812)

It seems that the monetary powers are wrestling with public policy to work out how quickly they can bring millions, or even billions, of people to their knees. A reckoning may soon be coming to other nations as well, and America, too, may see economic devastation at home.

Venezuela’s economic crisis has worn very hard on the people, and the currency very much plays into what socialist President Maduro has called an economic war with the West – with oil prices having kicked off the turmoil.

Now India is imposing strict cash controls for no particular reason, other than to merge bank account data with a billion biometric scans on people who live rural, poor lives. It is creating dire consequences for the middle and lower class economies, and yet it seems that the government has little regard for the pain that it is causing the people it is ruling over. Which country will clamp down next on its population with cash controls that amount to domestic economic sanctions?

Today’s piece should be seen as a bit of a followup to yesterday’s post, India’s Demonetization Debacle Highlights the Dangers of Monetary Monopoly. While yesterday’s piece was more philosophical/strategic in nature, today’s zeroes in on some of the devastating real world impacts of Narendra Modi’s insane and inhumane cash ban. It’s hard to overstate the damage this policy has done to India’s economy. Modi is quickly solidifying his place as one of monetary history’s biggest idiots.

First, let’s take a look at the destructive impact the move has had on India’s massive small businesses community. The Washington Post reports:

NOIDA, India — Over the past two years, this suburb of New Delhi mushroomed into a flourishing enclave of small cellphone manufacturers, attracting tens of thousands of workers from the countryside. Noida, known as the “handset hub,” was touted as a showcase for Prime Minister Narendra Modi’s pet “Make in India” initiative.

Then on Nov. 8, Modi’s government took a step that has jolted the bustling industrial quarter. It scrapped high-denomination currency, with a view, officials said, to curbing illicit wealth and the financing of terrorism. But the cash shortage triggered by the move has also curbed legitimate small enterprises. Many of Noida’s manufacturing units have slashed production by nearly half, and more than a quarter of the workers have gone back to their villages.

“It was a booming sunrise industry before November 8th. Not now,” said Vipin Malhan, president of the Noida Entrepreneurs Association, who also runs a business that makes cellphone accessories here. “Many small factories and assembling units, which used to work round-the-clock, with three shifts, have scaled down to just a single shift. We are all in shock now. One word that businesses dread is ‘uncertainty.’ The government has thrown that at us.”

Several small- and medium-scale industrial clusters, employing a total of more than 80 million people across India, are reporting declining sales, production slowdowns and layoffs since bills worth 500 and 1,000 Indian rupees were invalidated (500 Indian rupees is worth about $7.40). Towns famous for weavers, lockmakers, power looms, bicycle-parts manufacturers, ready-made garments and handicrafts face rising inventories of unsold goods.

Even large car manufacturers have halted production in some of their factories for several days because of a sharp dip in consumer spending. And in a reflection of the belt-tightening that has accompanied the general sense of uncertainty, credit card companies have posted a decline in the total value of transactions, even as the cash shortage is forcing people to use their cards more.

“We started hearing murmurs that there were no fresh orders from the market. That our raw material was stuck because we could not pay. Stocks were piling up,” said Sudhir Ramphool Singh, 33, who lost his job at a cellphone assembly unit in Noida and returned to his Dharavu village in northern India this month. He is the sole breadwinner for his family of seven. “Production slowed. The unit was shut down for 10 days. When it reopened, many of us were asked to go.”

With the large bellwether state of Uttar Pradesh slated to hold elections early next year, the business slump — and the lines at the banks — have become campaign issues.

Modi has urged people to adopt digital payment methods and bear some pain to support the long-term goal of rooting out corruption.

Mishra’s office is conducting 50 training sessions every day in small industrial hubs to help residents transition to cashless transactions. But many business owners in these clusters say it is not easy to change because daily wage laborers do not accept checks and do not have smartphones with Internet.

Last week, about 200 business executives in Ludhiana staged a sit-in against the cash-swap decision, calling it “ill-conceived.” They even formed a “stick brigade” and are threatening to beat tax officers who show up to “scrutinize our books needlessly and harass us.”

“The cash shortage has come as the latest blow to the industry that was already hit by global competition. Fifty to 60 percent of power looms have shut down, and more than 150,000 workers have gone back to their villages,” said Rashid Tahir Momin, whose family owns about 400 power looms.

Naturally, this is just the tip of the iceberg. The Indian diamond market has also been thrown into total chaos.

The global diamond industry is facing disruption that could stretch through the first few months of next year, including Valentine’s Day in February, as a result of Indian Prime Minister Narendra Modi’s radical move to abolish most of the nation’s cash overnight.

In the western Indian city of Surat craftsmen usually spend 10-12 hours a day in small mills or grimy sheds cutting and polishing 80 percent of the world’s diamonds but the business is based on cash and the demonetization of the high-value banknotes from Nov. 8 has prevented many from operating. Thousands of diamond brokers in the area’s narrow lanes are also doing little business.

In India, jewelry demand typically climbs in the winter months’ wedding season. But this year sales are plunging as nearly two-thirds of jewelry is usually purchased with cash, which is in short-supply.

Ishu Datwani, owner of Mumbai-based Anmol Jewellers, says his sales are down nearly 70 percent since the government scrapped the high-value notes.

The demand is unlikely to revive any time soon as India struggles to dispense enough new notes, industry officials say.

Let this be a lesson to all of us regarding the dangers of centralized power. There’s no reason we should ever allow ourselves to be in a position where the foolish, capricious actions of one man can have such a devastating impact on an economy of more than one billion. This is precisely why we need to move toward a more decentralized way of living and discard many of the archaic, unnecessary and harmful institutions of the past.