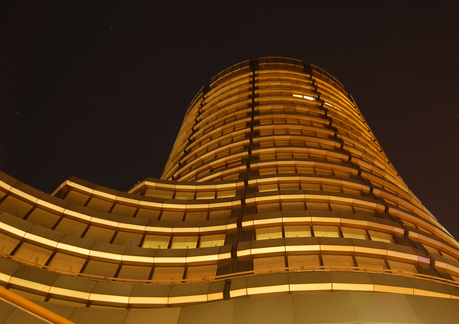 Editor’s Comment: The long and short of it is that an unprecedented and historic line of credit was issued in order to stabilize and fuel recovery; but now the price on all that debt is coming due, but coming short. As the musical chairs play out, many people are left out in the rain, and huge sums of money are totaling over the edge into the abyss.

What is happening in China will not be contained. If the footprint of global investment isn’t wrecked by exposure by Western markets, then the pattern will soon draw us into the black hole. Tick, tick, tick. Are you ready for what comes after?

The pinnacle of the global financial system is warning that conditions are right for a “full-blown banking crisis” in China.  Since the last financial crisis, there has been a credit boom in China that is really unprecedented in world history.  At this point the total value of all outstanding loans in China has hit a grand total of more than 28 trillion dollars.  That is essentially equivalent to the commercial banking systems of the United States and Japan combined.  While it is true that government debt is under control in China, corporate debt is now 171 percent of GDP, and it is only a matter of time before that debt bubble horribly bursts.  The situation in China has already grown so dire that the Bank for International Settlements is sounding the alarm…

A key gauge of credit vulnerability is now three times over the danger threshold and has continued to deteriorate, despite pledges by Chinese premier Li Keqiang to wean the economy off debt-driven growth before it is too late.

The Bank for International Settlements warned in its quarterly report that China’s “credit to GDP gap” has reached 30.1, the highest to date and in a different league altogether from any other major country tracked by the institution. It is also significantly higher than the scores in East Asia’s speculative boom on 1997 or in the US subprime bubble before the Lehman crisis.

Studies of earlier banking crises around the world over the last sixty years suggest that any score above ten requires careful monitoring.

If you are not familiar with the Bank for International Settlements, just think of it as the capstone of the worldwide financial pyramid.  It wields enormous global power, and yet it is accountable to nobody.  The following is a summary of how the Bank for International Settlements works that comes from one of my previous articles entitled “Who Controls The Money? An Unelected, Unaccountable Central Bank Of The World Secretly Does“…

An immensely powerful international organization that most people have never even heard of secretly controls the money supply of the entire globe.  It is called the Bank for International Settlements, and it is the central bank of central banks.  It is located in Basel, Switzerland, but it also has branches in Hong Kong and Mexico City.  It is essentially an unelected, unaccountable central bank of the world that has complete immunity from taxation and from national laws.  Even Wikipedia admits that “it is not accountable to any single national government.”

The Bank for International Settlements was used to launder money for the Nazis during World War II, but these days the main purpose of the BIS is to guide and direct the centrally-planned global financial system.  Today, 58 global central banks belong to the BIS, and it has far more power over how the U.S. economy (or any other economy for that matter) will perform over the course of the next year than any politician does.  Every two months, the central bankers of the world gather in Basel for another “Global Economy Meeting”.  During those meetings, decisions are made which affect every man, woman and child on the planet, and yet none of us have any say in what goes on.  The Bank for International Settlements is an organization that was founded by the global elite and it operates for the benefit of the global elite, and it is intended to be one of the key cornerstones of the emerging one world economic system.

Normally the Bank for International Settlements is not prone to making extremely bold pronouncements, and so this warning about China seems a bit out of character.

Is something going on behind the scenes that we don’t know about?

Without a doubt, the global financial system is shakier and more vulnerable than most people would dare to imagine.  Global central banks have been on the greatest money creation spree in recorded history, and interest rates have been pushed to ridiculously low levels.

If you can believe it, approximately 10 trillion dollars worth of bonds are trading at negative interest rates right now.  This is completely and utterly irrational, and when this giant bond bubble finally explodes it is going to create a crisis unlike anything the world has ever seen before.

He said the current financial conditions are “the most dangerous markets i have ever witnessed in my entire life – and i’ve been investing for over 25 years… The membrane has been stretched so wide and so tight that its about to burst.”

Pento believes that once the bond crash happens, it will trigger a cataclysmic wave of crashes throughout the entire global financial system…

Mr Pento has now warned that when policymakers signal they are set to stop buying, which will stop bond prices rising, there is going to be a devastating crash – not just in bond markets but across all investment assets.

He said: “When the bond market breaks, when that bubble bursts, it will wipe out every asset, everything will collapse together… I mean diamonds, sports cars, mutual funds, municipal bonds, fixed income, reits, collateralised loan obligations, stocks, bonds – even commodities – will collapse in tandem along with the bond bubble burst.”

Many had been anticipating that we would have already seen a major financial crash in 2016, but so far things have been pretty stable, and this has lulled many into a false sense of complacency.

But it is important to remember that we have seen corporate earnings fall for five quarters in a row, and it is expected to be six when the final numbers for the third quarter come in.

Never before in history have we had a stretch like this without major economic and financial consequences.  The following comes from a recent Fortune article which referred to an earlier piece authored by Jim Bianco…

None of this, however, is apparent from how stock market indexes have been moving lately, which unlike the charts above have been going up and to the right. “Since 1947, every time profits fell this much, or for this long, a recession was either underway or about to begin,” writes Bianco. “The only exception was the middle of 1986 to early 1987.”

If you remember, there was a pretty important event that happened in 1987: A massive stock market crash that sapped close to 30% of the S&P 500’s value in just five days.

It is only a matter of time before this earnings recession takes a major bite out of Wall Street.

Stock prices can stay at irrationally high levels for quite a while, but history has shown that every bubble bursts eventually.

And when this bubble bursts, it is going to make 2008 look like a walk in the park.