Day of Reckoning for American Pensions Is Fast Approaching 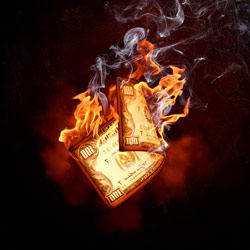 For decades, local and state governments in the United States have made promises to their employees that they cannot keep. They guaranteed a certain level of income to retirees at a time when America was its most prosperous, and when most people didn’t live as long as they do now. Those lucrative pensions they promised are starting to catch up to them in a big way.

Earlier this week, Moody’s cut Chicago’s credit rating to “junk,” largely due to their $20 billion pension shortfall, and they put the City of Houston on notice. Many of the major pension funds use the stock market to bolster their savings, but despite record profits on Wall Street, it doesn’t seem like any of them reached their revenue goals. California’s Public Employees Retirement System only reached a third of the annual revenue they projected, and the state’s teacher fund failed to reach their goal. Overall, Moody’s found that the 25 largest public pension funds in the US have a $2 trillion budget shortfall.

That means that many state and local governments may face credit rating cuts in the near future, which will leave them owing even more money. Chicago for example, is now paying an exorbitant 8% yield on their bonds, which amounts to almost twice as much as a homeowner would pay for a 30 year mortgage. If other cities have to deal with credit rating downgrades (which they soon will), paying off their liabilities will quickly turn into a Sisyphean task. Widespread municipal bankruptcies will soon become a common feature in America’s financial landscape.

Take a look at how heavy America’s debt burden has become.