“Better Than Paper Money”: 7 Things You Need To Have When the Economy Collapses 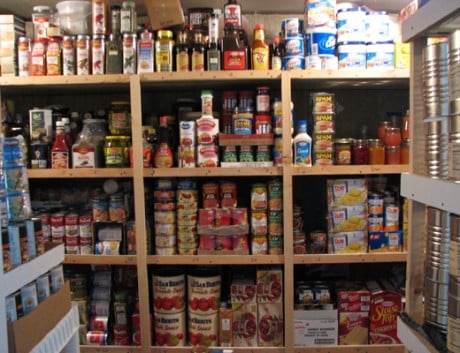 This article was written and originally published by Activist Post.

Editor’s Comment: These are the basics you should have covered. Many of the widespread, system wide scenarios involve a financial system that is crippled or inoperable for a period of time (as seen in Greece). There, cash is much better than non-working digital payments and assets locked behind institutions you can’t access.

But money won’t buy things if there is no commerce, no stores and no one to do business with. On the other hand, these supplies will not only keep you and yours going for quite a while when the SHTF, they will also make good barter items in the underground economy.

So you’ve done the hard work of getting your finances in order and now you’re looking to invest your hard-earned surplus into things that will protect or grow it.

Keeping your savings as fiat currency in the the banks may not be the safest way to store your wealth. Banks are beginning to give concrete evidence of actually penalizing you for keeping your money with them … and that’s if they don’t outright confiscate it via bank bail-in.

It would be prudent to look at investments that offer the dual purpose of getting around the banking system, while also offering ways to stockpile the tangible items that should fare much better in any economic collapse situation.

Here are seven investments that will hold value far better than cash if the current trends continue.

How To Survive & Thrive During Economic Collapse

We are beginning to see in real-real time what a collapse in the food supply could mean. One look at Venezuela should prove that even though most people believe “it could never happen here” or even that they have enough money to get what they need no matter what, this is not the case.  Even the supposedly wealthy in Venezuela are waiting in long lines with everyone else.

While things are still relatively stable, it makes sense to build a food stockpile slowly but surely. You can  pick up a few key food items each week at the supermarket to build up your food bank without having to spend thousands in bulk food acquisitions. It’s best to keep your storable food bank list simple and concentrate on common foods that you already consume regularly. We wrote an article geared toward foods that have long shelf lives but are also practical for most diets, so please read “10 Best Survival Foods At Your Local Supermarket.”

Become a smarter shopper. “A penny saved is a penny earned,” wrote Poor Richard (aka Ben Franklin). Check out these “10 Hacks to Save Money at the Grocery Store.” You can also utilize tools like VoucherBin to find hidden savings that you didn’t know existed.

If you are fortunate enough to have several thousand dollars in savings above your emergency reserves of a few months of expenses, you may want to consider turning those devaluing dollars into physical metals to keep in your possession. Again, during times of economic uncertainty, it’s best to keep your wealth where you can directly control it – as local as possible.

There are three practical metals to consider.

As fiat currency wars rage on between central banks, silver and gold will likely hold their value or even increase in value relative to paper currencies. If things go apocalyptic, gold and silver may become money again.

For Americans, ammunition will also be extremely valuable, possibly even as a currency as well if the economic collapse gets ugly. The cost (value) of ammunition has skyrocketed, especially as further governmental restrictions loom.

Gold and silver have also gone up in value over the years, especially in foreign countries whose currencies are unstable. Yet, at the time of this writing in early 2016, silver and gold remain way undervalued particularly when priced in US Dollars.

To summarize, it’s probably a good idea to convert some of your extra cash into gold, silver or lead (ammunition). These metals will likely hold their value better than fiat money and they’re easily tradable with your immediate neighbors or someone thousands of miles away.

As soon as you can afford to do so, move out of your apartment and find a home with a little more land. If you’re in a place of abundance, buying productive land will be significantly more valuable than most paper assets when the economic reset hits. Putting a fence and cattle on that land makes it even more valuable. Ultimately, it’s even better to be able to produce your own food than to stockpile it in bulk.  Even a small piece of land will be worth its monetary investment as it will pay you much larger dividends year over year than cash at the bank ever could. Look what this family produced with just 1/10th of an acre!

One of the best investments you can make is to produce your own electricity with solar panels or wind mills, or a combination of both. Having a grid-tied system is better than nothing, but having a battery bank is where the true value is.

In fact, it may be wise to start by investing in a battery bank first, charge them at night when grid rates are much cheaper, and then use that power during the day. The batteries will pay for themselves quickly and you can add solar panels as you can afford them.
Water Purification

Do not depend on one water source. At the very least have a good water filter that can clean water brought in from untrusted sources. Some of us happen to think that municipalities are untrusted sources (ahem, fluoride and chlorine).

If you’re not lucky enough to live in a rural area near rivers and lakes, you can get a good-sized rainwater collection system for less than $1500. Also, you can get a few dehumidifiers which can pull gallons of water out the air in areas with over 30% humidity.

You’ll want to accumulate basic survival tools like weapons, garden tools, food preservation supplies, and any tools and supplies that you need to sustain your specialty skills for at least a year. Making the commitment to acquiring these items also tends to renew your interest in improving the necessary skills that will ensure you become as independent as possible no matter how long term a future emergency is.

True, this one might not be considered a tangible asset, but its usability without incurring the massive fees of traditional banking makes it a worthwhile hedge at the very least. Barring an EMP/CME attack or a meteor strike that would take out the Internet, Bitcoin very well could also become a de facto international reserve currency. It’s simply better money, and efficiency will always win. In the meantime, why not learn how to use Bitcoin as a means of protecting your privacy, opting out of traditional banking, and using it to pay for those tangible items mentioned above? We want our readers to be on the winning side of the coming collapse; adopting Bitcoin now means you’ll have an alternative already in place. Get started with Bitcoin and get your first $10 free HERE.

These are some of the key ways that we at Activist Post have taken charge and have become more independent in our own lives. We expand upon the other methods that can help you thrive during what is shaping up to be a very turbulent 2016 in our free 21-page report for email subscribers. This report focuses on the full range of strategies to achieve self-sufficiency and sound financial and physical health.

This article was written and originally published by Activist Post.