Americans Fail to See Risk in the System, As Markets Implode: “Like Sheep to Slaughter” 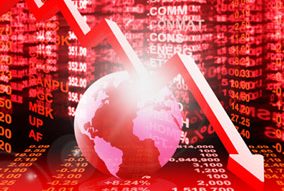 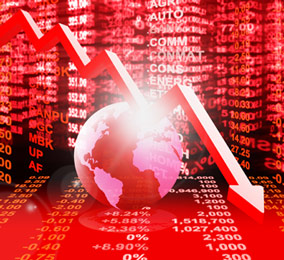 This article was written by Mike Adams and originally published at NaturalNews.com.

Editor’s Comment: Contrary to the popular notion, everything is NOT OK. With all the major world events headed our way, individuals must make preparations for disruptions at banks, with cards and ATMs, and with society in general. Ready yourself for what preppers do best – stay out of the fray and ride out the storm with dignity and personal security. Food, gold/silver and barter items (like cigarettes) could become critical for currency, exchange and getting necessities to your family.

Nobody knows what is coming next, but the financial and economic system appears to be headed for stormy weather. As Brandon Smith argued in his most recent article, this society is simply not set-up for or prepared for economic disruptions in any way. The slightest pressure is going to trigger riots, unrest and violence. Looters may target those they believe to have valuable supplies or stored wealth. Things can and will get ugly really quickly when the moment comes… a moment which no one knows for sure, as Mike Adams explains here:

Like sheep to slaughter: You still aren’t grasping the systemic risk in the stock market (or else you would have sold everything already)

If you still own stocks and mutual fund shares, you still aren’t grasping the systemic risk in the stock market. No matter what you claim to BELIEVE, it is your ACTIONS that actually determine your true grasp of reality. Failing to sell all your stock holdings right now could result in massive losses as the world’s bubble markets continue with an implosion that could wipe out 50% of current valuations for many stocks.

The massive market bubble currently in place has been propped up by a steady stream of fiat money being printed by the Federal Reserve and handed out to banksters who have ties to Washington. This, combined with near-zero interest rates, is the only thing propping up the bubble market (and creating the illusion of economic prosperity).

High-tech companies are back into bubble territory with unrealistic valuations based on hype and vapor. Meanwhile, the corrupt mainstream media continues to lie to the gullible public, telling them the market can only go UP… even as it careens on the verge of systemic collapse.

The coming market collapse will be the largest in human history

The systemic nature of the global banking system and its insane derivatives debt means the next collapse will be a SYSTEMIC firestorm that’s unstoppable and absolutely devastating. Pensions, bank accounts, investment funds, bonds and much more will be nearly wiped out, and the corrupt, criminal government regime will make sure everyday Americans are the ultimate losers when the dust settles.

The pathetically stupid and dishonest financial media is desperately running stories right now to maintain false faith in the markets, even while their own people are behind the scenes selling like mad. As long as they can keep the public believing in the “faith” of never-ending cheap money, they can bail out their own positions to suckers and fools who think a tiny dip in a massively overvalued, fraudulent market is a “buying opportunity.”

Watch for desperate headlines from propaganda financial outlets (such as MarketWatch.com) like, “10 reasons you shouldn’t sell” or “The upside potential of the market is HUGE!” These are psychological operations to try to persuade people that the collapse they’re seeing in global markets isn’t actually happening.

Hear all of Mike Adams’ podcasts at HealthRangerReport.com, and visit NewsTarget.com for frequent updates on the coming global debt collapse.