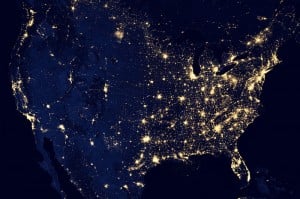 Editor’s Note: As Dr. Paul Craig Roberts so often points out, the United States is the worst aggressor in the world, and has been since the end of World War II. Its undemocratic and unconstitutional empire has set up bases in nearly every corner of the earth, spent untold volumes of money to start wars everywhere, and rules mainly from the strength of the dollar, which in turn backs up the military force.

After Iraq, Afghanistan, Syria, Libya, Yemen, Somalia, Pakistan and others, the U.S. has done everything possible to destabilize the Middle East region, and yet it is eager to paint Putin as the aggressor and the one who must be contained. In reality, we are witnessing the tantrums of an empire upset that the dollar is being unseated as the world reserve currency, and is doing whatever it can to desperately project its force and prop up the illusion of superiority and dominance. It may not work, but everyone knows a wounded, cornered animal is at its most dangerous moment under threat.

Gen. Wesley Clark (yes, the same one who called for rounding up dissidents) long ago called out the neocon strategy in the Middle East, which sought to provoke war and ‘take over seven countries in seven years.’ This is the Wolfowitz Doctrine.

A former top member of the Ronald Reagan administration has issued a dire warning about the current state of American government: it’s evil and will become even more evil in the years ahead as the world itself becomes more dangerous.

Dr. Paul Craig Roberts, who served just over a year as Reagan’s Assistant Secretary of the Treasury for Economic Policy, said on the Shadow of Truth radio program that Washington, D.C., is a major den of inequity.

“The United States [military policy] has destroyed seven countries,” he says. “The populations there are subject to ongoing continual violence either from the U.S. or these Jihadists or from the Islamic State. In Libya there’s various factions, no government – just warlords fighting and nobody’s safe anywhere so the populations are getting out. You can’t live in that type of situation.”

Early in the interview, the hosts ask Roberts about a recent column he penned in which he states that all current Republican presidential contenders are essentially in favor of war. The hosts then ask him about the potential of nuclear war with either Russia or China, “because we seem to be moving in that direction.”

“I think what it will take is the European countries to realize that they’ve been enabling American aggression in the 21st century, and aggression that is now brought them millions of refugees particularly from Syria and Iraq, and they can’t cope with these refugees,” said Roberts in reference to the fighting between ISIS, Syrian rebels, and Iraqi and Syrian government forces that has caused a wave of migration out of the war zones into Europe.

He also said that Europe’s blind pursuit of American-led goals was putting the entire continent in potential conflict with Russia, which has established bases in Syria and has deployed men and material there in support of Syrian President Bashar Al-Assad, including tanks and combat aircraft. The Obama White House opposes Assad and wants him to step down.

“All of this is nonsensical for Europe, so it’s possible that they will come to the conclusion that being a vassal of Washington doesn’t pay,” Roberts said.

Lost in the rivers of humanity that have been streaming out of Africa and the Middle East and flooding into Europe is the fact the U.S. military is responsible for this crisis. Not only has the U.S. destroyed several countries around the globe, the U.S. Government now appears to provoking Russia into a military conflict in both Ukraine and Syria that risks escalating into a nuclear war. Even Henry Kissinger and Zbigniew Brzezinski – two notorious warhawks – have both recently stated that the U.S. Government is pushing Russia too hard.

In his interview, Roberts said that he believes the only way to avoid an eventual nuclear conflict is to break up the European Union and the NATO military alliance, the latter of which was formed at the opening of the Cold War as a counterbalance to the former Soviet Union-led Warsaw Pact. He says the U.S. uses NATO as “cover” to implement unilaterally dangerous, aggressive military policies around the world.

In his cited column regarding the Republican candidates, Roberts added:

There is not a peaceful person among the Republican candidates. Even the female is heartless. Carly Fiorina positioned herself along side the macho men as a warmonger. She let the military/security complex know that she, too, was for sale. Send in the campaign donations, and she will see that the money flows back to the military/security complex in the buildup of fleets and armaments that will send the Russians a message.

He also says that the EU is essentially addicted to U.S. money and that it might be virtually impossible for the nations within the coalition to act on their own, which he adds is their own fault.

You can hear the entire interview here.