Gold and Silver: What the IRS Needs to Know About Your Investments (And What They Don’t) 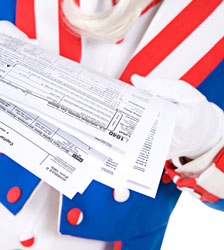 With gold and silver becoming a popular asset class for investors in recent years many buyers of precious metals may be wondering what they should or should not report to the Internal Revenue Service.

The following Infographic from JM Bullion provides a simple and informative guide to help you make sure you’re letting the government know what you’re up to so they don’t come banging down your door.

Not everything you own needs to be reported (depending on the types of precious metals you have), but you certainly wouldn’t want to get caught up in an audit if the IRS knows you are in possession of certain types of gold and silver investments.

(Click here to view a larger version of this image)