Video: Dr. Doom Marc Faber Forecasts 50% Crash in Stock Markets: “We Can Easily Give Back Five Years Of Capital Gains” 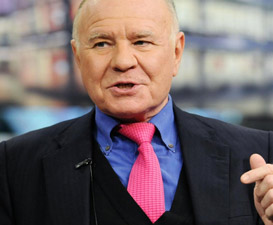 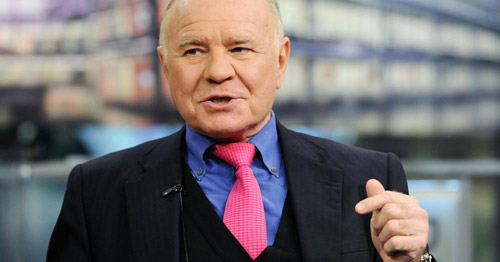 Well known economist Marc Faber, who predicted the crash of 2008 and its subsequent rally to new highs, says that stock markets are once again set for a massive collapse. Doctor Doom, as he’s affectionately known around the world for his contrarian views, echos the sentiment of forecaster Harry Dent, who recently said that stocks could drop as much as 70% and throw America into a new Great Depression.

As Faber’s moniker implies, destruction and calamity are in our future. And though his forecast is not as grave as Dent’s, Faber still thinks that a 50% crash in stock market capitalization is a real possibility.

The coming drop in equities, however big it will be, could be one of the greatest stock market crashes in history, according to Faber.

I think we can easily give back five years of capital gains, which would take the market down to around 1,100…

So many things can happen…

Faber has previous warned of widespread collapse around the world and has recommended owning physical assets like gold and farmland, going so far as to suggest that when the crash comes it could completely destabilize the system as we know it:

Faber has an interesting suggestion for investors if the plunge comes to pass.

With tongue apparently in cheek, he says buy a farm you can tend to yourself way out in the boondocks. And protect it with high voltage fences, barbed wire, booby traps, military weapons and Dobermans.

If markets do, in fact, collapse 50%, then something has gone terribly wrong. As Greg Mannarino pointed out, the collapse of this massive debt bubble could lead to the deaths of millions of people globally as the system unwinds.

Thus, preparing for economic disaster or other calamity is perhpas the most important diversification strategy one can engage in at this time.

“If You Want Trump To Win, You Should Root For Stock Market Crash Before November”