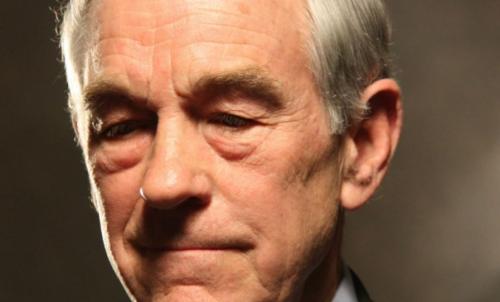 Former US Congressman Ron Paul has joined a growing list of independent political journalists and commentators who’re being economically punished by YouTube despite producing videos that routinely receive hundreds of thousands of views.

In a tweet published Saturday, Wikileaks founder Julian Assange tweeted a screenshot of Paul’s “Liberty Report” page showing that his videos had been labeled “not suitable” for all advertisers by YouTube’s content arbiters.

Assange claims that Paul was being punished for speaking out about President Donald Trump’s decision to increase the number of US troops in Afghanistan, after Paul published a video on the subject earlier this week.

The notion that YouTube would want to economically punish a former US Congressman for sharing his views on US foreign policy – a topic that he is unequivocally qualified to speak about – is absurd. Furthermore, the “review requested” marking on one of Paul’s videos reveals that they were initially flagged by users before YouTube’s moderators confirmed that the videos were unsuitable for a broad audience.

Other political commentators who’ve been censored by YouTube include Paul Joseph Watson and Tim Black – both ostensibly for sharing political views that differ from the mainstream neo-liberal ideology favored by the Silicon Valley elite.

Last week, Google – another Alphabet Inc. company – briefly banned Salil Mehta, an adjunct professor at Columbia and Georgetown who teaches probability and data science, from using its service, freezing his accounts without providing an explanation. He was later allowed to return to the service.

Conservative journalist Lauren Southern spoke out about YouTube’s drive to stifle politically divergent journalists and commentators during an interview with the Daily Caller.

“I think it would be insane to suggest there’s not an active effort to censor conservative and independent views,” said Southern.

“Considering most of Silicon Valley participate in the censorship of alleged ‘hate speech,’ diversity hiring and inclusivity committees. Their entire model is based around a far left outline. There’s no merit hiring, there’s no support of free speech and there certainly is not an equal representation of political views at these companies.”

Of course, Google isn’t the only Silicon Valley company that’s enamored with censorship. Facebook has promised to eradicate “fake news,” which, by its definition, includes political content that falls outside of the mainstream.

Still, economically punishing a former US Congressman and medical doctor is a new low in Silicon Valley’s campaign to stamp out dissent.