World War 3 Coming? Israel Is On The Brink Of War With Hamas, Hezbollah, Syria And Iran All At The Same Time 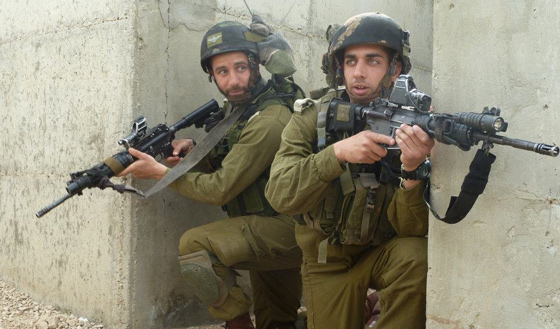 On Thursday, rockets were fired at Tel Aviv for the first time since 2014, and Israel responded by hammering Hamas with airstrikes.  This latest exchange has brought Israel closer to another war with Hamas than ever.  But as you will see below, Israel is also on the brink of war with Hezbollah, Syria and Iran.  And on top of everything else, the most pivotal election in Israel in many years is on April 9th.  If more rockets are fired at Tel Aviv, Prime Minister Benjamin Netanyahu cannot afford to look weak because that could cost him a lot of votes in this very tight election.  But he must walk a very fine line, because a military response that is seen as too harsh could potentially spark a major regional conflict.

Everyone knows that Israel is simply not going to tolerate rockets being fired at Tel Aviv, and so it was quite a shock to learn what had happened on Thursday.  The following comes from the Jerusalem Post…

The Israeli military confirmed that two rockets were fired towards central Israel on Thursday evening, with at least two loud explosions heard in the Gush Dan region.

According to the IDF, although the Iron Dome missile defense system was activated, there were no interceptions as both rockets fell in open territory.

It was the first time sirens were activated in Tel Aviv since the last war with Gaza in 2014 and several Israelis were treated for shock.

It was inevitable that there would be a substantial response from the Israeli military, and airstrikes were conducted very rapidly.  According to Fox News, a Hamas naval base was one of the primary targets…

The strikes were occurring in Khan Younis, roughly 15 miles south of Gaza City, according to The Associated Press. There were no immediate reports of injuries.

A Hamas naval base was targeted, the outlet reported, citing Palestinian media.

Originally, Hamas had seemed to deny responsibility for the rocket attacks, but the IDF later confirmed that they were fired by Hamas…

We can confirm that the rockets fired from #Gaza at #TelAvivearlier tonight were launched by the Hamas terrorist organization.

If Hamas doesn’t fire any more rockets, this will probably be the end of it for now.

But with Hamas, things are never truly over.

Meanwhile, Israel is also on the brink of war with Hezbollah in the north.

In recent days, Israel has been dealing with massive tunnels that Hezbollah has constructed for the purpose of rapidly moving military forces into northern Israel.  So far, five tunnels have been discovered, but there are probably a lot more.

We are being told that the tunnels are absolutely enormous.  Reportedly, they are large enough “to move heavy military equipment”…

For the first time since 1973, the Israel Defense Forces (IDF) confronts the very real prospect of a sizable incursion. Years of fighting alongside Russian and Iranian forces in Syria have transformed Hezbollah into a formidable military force capable of launching such a raid, relying on coordinated infantry, artillery, and even armor and drones. This represents a major leap from Hezbollah’s small hit-and-run tactics in the 2006 Lebanon war.

The tunnels are integral to this new threat. Built in violation of U.N. Security Council Resolution 1701 prohibiting Hezbollah’s rearmament in this area, they are reportedly wide enough to move heavy military equipment and large troop units.

Hezbollah’s leadership continues to threaten Israel with a new war, and it has been estimated that they have built up an arsenal of approximately 150,000 missiles for the next conflict.

Israel is roughly the same size as New Jersey.  Just imagine what would happen if 150,000 missiles were suddenly fired at towns and cities all over New Jersey, and you will have some idea of what Israel is potentially facing.

Of course the Israeli military is far superior to Hezbollah’s forces, but if Israel has to fight Hamas and Hezbollah simultaneously that would be a real challenge.

And then there is Syria.  After eight years of civil war, you would think that Syria would have had enough fighting by now.

Unfortunately, as I pointed out in a previous article, Syrian President Bashar al-Assad just threatened to attack Israel if the Israelis do not leave the Golan Heights.  The following comes from the Jerusalem Post…

Syria vowed to attack Israel unless it withdraws from the Golan Heights, World Israel News reported on Thursday.

Syrian Deputy Foreign Minister Faisal Mekdad submitted an official warning to the head of the United Nations Truce Supervision Organization (UNTSO) Kristin Lund, in what seemed to be an attempt to prevent official US recognition of Israeli sovereignty in the Golan.

Can you imagine the stress that Israeli Prime Minister Benjamin Netanyahu must be going through right now?  A major election is less than a month away and he is literally fighting for his political life, and meanwhile several of Israel’s neighbors appear to be preparing for war with his nation.

And Iran appears to be eager for a fight too.  A few weeks ago, a top Iranian general threatened to completely wipe Israel off the map…

Asked by a reporter in Tehran about Israeli threats to strike Iranian forces deployed in Syria, Brig. Gen. Hossein Salami was quoted by Iranian news outlets as saying, “Our strategy is to erase Israel from the global political map. And it seems that, considering the evil that Israel is doing, it is bringing itself closer to that.”

He added: “We announce that if Israel does anything to start a new war, it will obviously be the war that will end with its elimination, and the occupied territories will be returned. The Israelis will not have even a cemetery in Palestine to bury their own corpses.”

And Netanyahu also seems to anticipate that a conflict with Iran is coming.  The following comes from NBC News…

Israeli Prime Minister Benjamin Netanyahu startled Iranians and even the White House on Wednesday with a strident call for Israeli-Arab action against the government in Tehran that was translated by his office as urging “war with Iran.”

Although Israeli officials tried to soften the reference by altering the English translation, the provocative comment was likely to further the perception that Israel, its Gulf Arab neighbors and the United States are interested in using military action to topple the government of Iran.

I have been warning that a major war is coming in the Middle East for a long time, and now we are closer than ever.

Let us hope for peace, but as we have seen in the past, any peace in the region is always just temporary.

Hamas, Hezbollah and Iran are all fundamentally committed to the complete and total destruction of the state of Israel and nothing is going to change that.  War is coming at some point, and it is going to be extremely bloody.