With the Stroke of a Pen: Obama Moves to Ban Sale and Manufacture Of Semi-Automatic Weapons, High Capacity Magazines; Will Require Universal Registration (Full Speech Video) 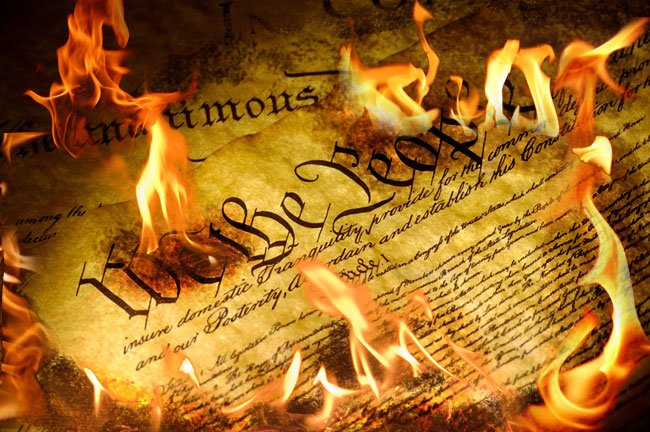 Within two days of the President having been re-elected, reports of coming gun control legislation championed by liberal California Senator Diane Feinstein began to surface across the internet. Believed to be just rumors at first, the Newtown school shooting brought the proposals to the forefront of American politics.

President Obama has moved to introduce new legislation, by way of Congress and delegated Executive Orders, that promises to completely re-write the Second Amendment of the U.S. Constitution.

From universal background checks and gun registration for all firearms sold and transferred in the United States, to empowering healthcare practitioners with the ability to make determinations for who should or shouldn’t own a gun, the Obama administration and Congress are making a full spectrum assault on law-abiding gun owners.

Included in the initiative will be legislation to ban semi-automatic rifles, restrict magazine capacity to 10 rounds, and close ‘loopholes’ that allow individuals in certain states to freely and without government interference buy, sell and trade firearms.

In the days ahead I intend to use whatever weight this office holds to make them [gun proposals] a reality.

If there’s even one life that can be saved, then we’ve got an obligation to try. And I’m going to do my part.

As soon as I am finished speaking here I will sit at that desk and sign a directive giving law enforcement, schools, mental health professionals and the public health community some of the tools they need to reduce gun violence.

If you want to buy a gun, whether it’s from a licensed dealer or a private seller, you should at least have to show you are not a felon or someone legally prohibited from buying one. This is common sense, and an overwhelming majority of Americans agree with us on the need for universal background checks.

Second, Congress should restore a ban on military style assault weapons and a ten round limit for magazines.

We should get tougher on people who buy guns with the express purpose of turning around and selling them to criminals. And, we should severely punish anybody who helps them do this.

(Editor’s note: It is not yet clear if this provision would apply to the sale of weapons by DEA and ATF officials to Mexican drug cartels)

Let me be absolutely clear. Like most Americans, I believe the Second Amendment guarantees an individual right to bear arms. I respect our strong tradition of gun ownership and the rights of hunters and sportsmen.

This will be difficult.

There will be pundits, and politicians, and special interest lobbyists publicly warning of a tyrannical all-out assault on liberty.

Not because that’s true, but because they want to gin up fear, or higher ratings, or revenue for themselves. And, behind the scenes they will do whatever they can to block any commonsense reform and make sure nothing changes whatsoever.

This is the Land of the Free, and it always will be…

There’s been no word on whether universal background check provisions will also be implemented for the sale and/or transfer of weapons to Mexican drug cartels or militant extremist rebels in the middle east.

Likewise, laser guided drone attacks that often target scores of civilians including men, women and school-age children for no other reason than a quick intelligence assessment will continue until further notice.

“So this is how liberty dies… With thunderous applause”