With Half Of City Residents Delinquent, Detroit Restarts Water Shut-Offs 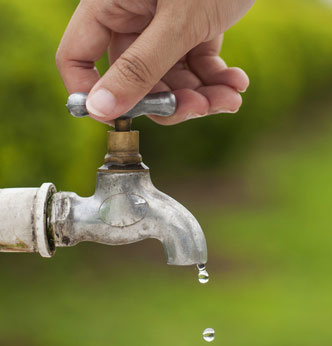 SHTFplan Editor’s Note: While we continue to hear about the economic recovery, the evidence on the ground is pretty clear: People all over the country are hurting. In Detroit, almost HALF of the city’s residents cannot afford to pay for water. WATER, a basic staple necessary for survival. Across the country, nearly one in six people can’t afford to put food on the dinner table and more are being added to emergency assistance programs on a daily basis. It’s only a matter of time.

The world as we have come to know it in America over the last several decades is collapsing.

So much for free water, free mortgages, free healthcare and free gas…

The following was originally published at Zero Hedge.

“Utility disconnection is always considered a last resort, obviously because of consequences for households,” but as Detroit News reports, but water-providers can expect more controversy, as a month-long moratorium against shutting off water for those behind on their bills expired last night. Halting service to people that don’t pay generate outrage among not just Detroit residents but a wider audience who proclaim ‘water should be a right‘. However, as one utility director noted, “We’ve seen a lot more payments…They need that little kick in the pants to get in here and do it.” Water industry experts say cities with high delinquency rates sometimes have few other effective options for getting customers to catch up on their bills. Roughly half of Detroit’s 170,000 customers were delinquent as of last spring.

…a monthlong moratorium against shutting off water for those behind on their bills expires at the end of the day Monday.

Crews are set to resume water shutoffs Tuesday after weeks of promoting how residents behind on their bills can get on a payment plan or get help paying.

Other Metro Detroit cities, facing a financial pinch from unpaid bills, have gotten results by halting service to people who don’t pay.

“Last summer, we shut it off for the first time ever,” Square said. Service was stopped to 150 homes, and 350 other customers paid up to avoid being cut off.

“We’ve seen a lot more payments,” said Randall Blum, Eastpointe’s finance director. “They need that little kick in the pants to get in here and do it.”

But [shutting off water], which has produced some positive results, generated outrage among some people in Detroit and beyond, who say access to water should be a right.

But as the companies themselves note, its simply not viable…

“It’s not viable to let paying the water bill come to be seen as an option,” said Tom Curtis, deputy executive director of government affairs for the American Water Works Association, which represents more than 4,800 water systems nationwide.

“The utilities have an obligation to the broader city to make sure the utility is viable and sustainable to serve all the residents and business,” Curtis said. “You can’t let uncollected bills go on and on without a significant consequence.”

Utilities have fixed costs, and someone must help cover those expenses to maintain service, said Bob Raucher, who studies the economics of water for Stratus Consulting of Boulder, Colorado.

“There’s so much neglected infrastructure and so many regulatory requirements that the problems are compounding. If they aren’t selling water and people aren’t paying their bills, they still have these fixed obligations,” said Raucher. “It’s a real conundrum everywhere. Detroit is an extreme case.”

In a release Monday, the department said about 24,400 residents are on payment plans.

Detroit suspended water service to nearly 17,000 residents from March to late July, when officials temporarily halted shut-offs.Many of those whose service was cut brought their accounts up to date quickly, and their water was restored.

Detroit’s average residential delinquency is $540 and the average monthly household bill is about $75.

Roughly half of Detroit’s 170,000 customers were delinquent as of last spring.

“We give customers a certain amount of leniency in their bills,” said spokeswoman Sarah Holsapple.

“Of course, if they haven’t paid after a certain amount of time, we’d have to shut off their water. That’s our absolute last resort.”