Will It Take Food Shortages For People To Stand Up To Tyranny? 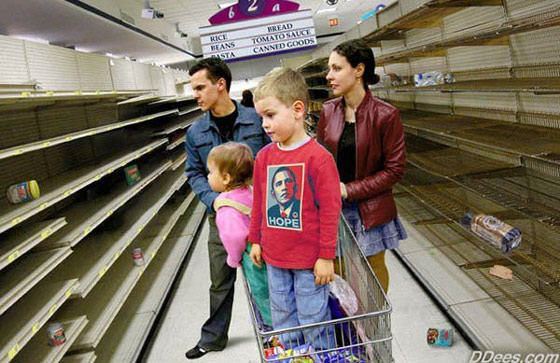 The food shortages will come, and like the coronavirus panic, this has been manufactured by the elitists who want to control us. Is this what it’s going to take to get the rest of people to realize they’ve been controlled and enslaved by the very government who said they just want to keep them safe?

Safety has always been the rallying cry of tyrants and that is no different now.  People all over the world are waking up to what the power-hungry elitists and politicians have done to us for decades, but many are still sleeping. Will it take these orchestrated food shortages to wake them up? Or will they continue down a path of slavery with no hope?

Exposed: Lies, Corruption, & Pay To Keep The Public In a Fear-Induced Panic For Ultimate Control

We actually wouldn’t have a food shortage if it wasn’t being created on purpose to push the public further into a panicked and fearful state.  It’s just too obvious to ignore any longer.

Millions Of Of Pigs, Chickens And Cattle Are Being Euthanized While The Media Warns “Shortages” Are Coming

This reflexive and unthinking complicity from the American public is partially explained by media hype, of course, over an illness which at this writing has killed fewer than sixty thousand Americans. Fear and hysteria always sell. The press clearly wants the coronavirus to be a major event, one that unseats Trump in the fall. (For its part, the administration is doing a terrible job, starting with the awful Dr. Fauci, whom the president should have sacked months ago.) And clearly the various governors’ responses are wildly out of proportion to the actual public health threat, even if initially well-intentioned due to sheer uncertainty of the virus’s lethality. -Jeff Deist, Mises.org

This is what poverty really means: having little or no cushion of wealth for an emergency. Poverty is best defined as a lack of savings and resulting capital, leaving people totally dependent on new and consistent income to survive. It is a condition only capital accumulation can improve. And yet “capitalism” is blamed for the unfolding tragedy before us. -Jeff Deist, Mises.org

The fact that so many people fell for the lies of the mainstream media and the governments it protects is the biggest tragedy of the entire situation. The media will also continue to tell us that those who prefer liberty are a small majority and everyone wants government-imposed “safety.” But that’s also a lie.  People everywhere are waking up to the tyranny and when food shortages do come, more will open their eyes.

Unfortunately, it will take starvation for some of the slaves to realize what is happening.  Far too many are still not awake and although that won’t stop humanity from moving forward, it will delay it.

But it doesn’t have to be this way. Life can be incredible.  We need to decide to make it great instead of playing into the fear that the ruling class wants to keep us in for as long as possible.