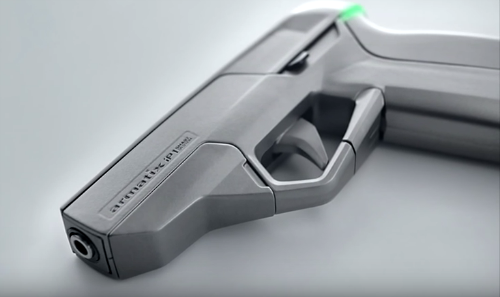 Smart guns probably provide the last chance for gun control advocates to have their way. After trying and failing for decades to completely eviscerate gun rights in America, their last best hope is to simply let defiant gun owners have their weapons, but with conditions. They’ll try to compromise with gun owners, and tell them that they can have any firearm they want, so long as it is a smart gun, which is supposedly safer since it can’t be used by unauthorized individuals like children and criminals.

But as we all know, everything gun control advocates propose is a slippery slope. How long before these smart guns, like all smart gadgets, begin to spy on their owners? How long before smart guns can be disabled by authorities from a distance, which would effectively defang their role in society as determined by the Second Amendment?

There is of course, another reason why gun owners should never embrace smart gun technologies. Despite claims that suggest these guns will be safer (but still reliable in an emergency), it turns out that like all electronic devices, they are easily hackable. An anonymous hacker recently got a hold of the German made Armatix IP1 smart gun, and took it to a gun range in Colorado. There he revealed just how easy it is to bypass the security mechanisms in the gun.

The idea is that the gun will not fire if it is more than a few inches from the watch, according to an in-depth report by Wired.

‘I almost didn’t believe it had actually worked. I had to fire it again,’ he said.

But that’s not all. Not only can anyone use the gun with the aid of a cheap magnet, it’s also quite easy to make it completely inoperable.

As well as allowing the gun to fire when held by someone else, Plore also used radio signals to make the weapon completely useless.

From ten feet away a $20 (£15) transmitter device could emit radio waves that jam the gun – regardless of how close it is to the user’s gun.

According to Plore, a phone could trigger this to happen.

‘The iP1 system had been designed to increase the safety when using the weapon. It had been focused on suppressing the ability to shoot, when a third person (e.g. a child) accesses the weapon in the heat of the moment and tries to use it’, a Armatix spokesperson told MailOnline.

‘There was never the demand to avoid the usage by a well prepared attacker or a skilled hacker.’

‘If you have access to a safety device for a sufficient time, you are able to modify it and probably can misuse it’, they said.

In other words, it would be a terrible idea to rely on this gun for your own protection. Anyone with ill intent who knows that you have a smart gun, could walk right up to you with a $20 transmitter, and turn your fancy pistol into an expensive brick. If gun owners ever decide to capitulate and adopt smart gun technologies, it will open the door for the gun grabbers and the government to roll back gun rights in subtle ways, and it won’t provide a lick of safety of return.