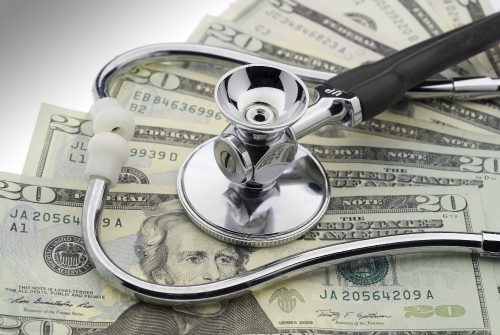 This is what can happen when you go to a socialized healthcare system. A lot of people out there believe that the United States has a free market healthcare system, but that is actually not true. The percentage of the population that receives government-subsidized healthcare is rapidly approaching 50 percent, and the healthcare industry may be the most heavily regulated sector of the entire U.S. economy. Every year the rules, red tape and regulations seem to get even worse, and every year health insurance premiums rise much faster than the overall rate of inflation. If we don’t start applying free market principles and start getting healthcare costs under control, our entire healthcare system could very easily implode.

I would like to share with you an excerpt from an article by former DEA agent David Hathaway. According to Hathaway, the average cost for an appendectomy in the United States is $33,000…

My son had an attack of appendicitis late Saturday night. I knew that the Obamacare inflated prices for surgery in the U.S. would be ridiculous and that the service would likely be impersonal, involve long waits, and be nerve-wracking. I have friends in the medical field so I inquired just for grins. The price for the latest routine appendectomy in my area was, my jaw dropped, $43,000. I read on-line that the average cost for an appendectomy in the U.S. is $33,000. I am not near some of the great direct-pay medical facilities in the U.S. like the Surgery Center of Oklahoma, but I am near Mexico. I chose that option since I have often utilized foreign medical and dental facilities in the past and find the service and prices to be outstanding.

How in the world did we get to the point where costs have escalated so far out of control? Should performing an appendectomy really be this expensive?

I can imagine that some of my readers may be thinking that the quality of care down in Mexico is much lower, but this is actually not the case at all. Here is more from David Hathaway…

My son was checked into a private room with private bath and satellite TV awaiting his surgery. The surgical staff was prepped and ready to start within an hour-and-a half of our arrival. The appendix was ruptured, so extra precautions were taken to clean and flush the abdominal cavity. Since the appendix was ruptured, the chief surgeon said that my son should stay two days to receive intravenous antibiotics to prevent the development of peritonitis.

The surgery was a success, and David’s son did stay in the hospital for two full days in order to receive the antibiotics that the doctor suggested.

The hospital stay was for 48 hours in a private room where my wife was allowed to spend the nights with my son sleeping on a couch in his room. This cost would have been significantly less if we hadn’t incurred emergency fees and if the appendectomy had not involved complications which required a longer stay and more medication. Despite all that, I though the total price of $2,830 dollars was very reasonable.

So why can’t we have hospitals like that on our side of the border?

This is yet another example that shows that Obamacare has got to go and that we need to get government out of the healthcare business.

We once had the greatest healthcare system in the history of the world, and we can do it again if we will just return to free market principles. Elections really matter, and we simply cannot allow the Democrats and the establishment Republicans to take us even further down the road of socialized medicine.

They have already turned our once great healthcare system into a giant disaster zone, and we need to show them the door before they can do even more damage.