Who Is Behind A Series Of “Mysterious Explosions” At Natural Gas Facilities In The United States? 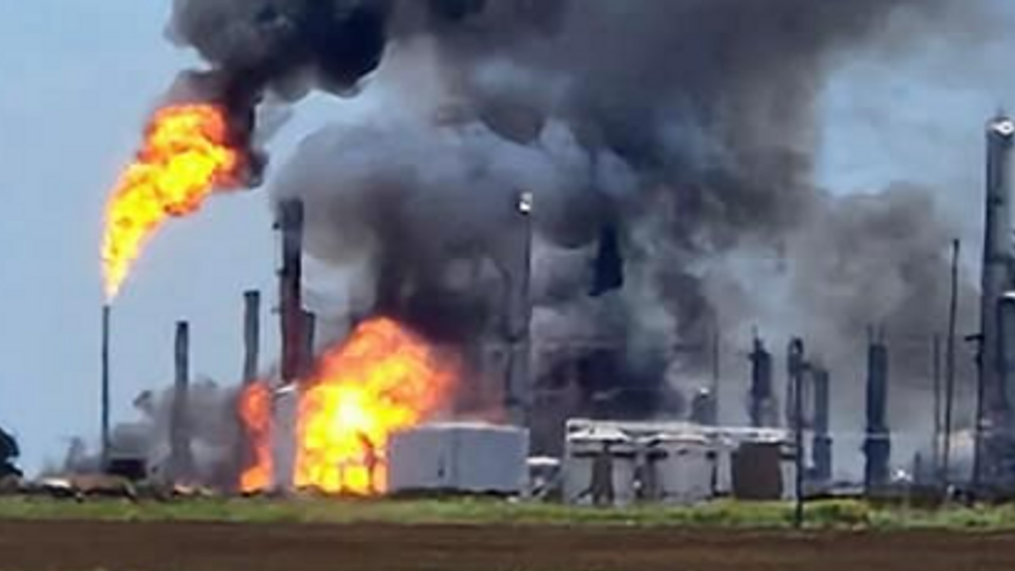 Are we under attack?  Previously, I have written about a series of very strange fires that have occurred at key food production facilities in the United States this year.  Authorities insist that each one of those fires was an “accident”, and maybe they are correct.

But now the same thing is starting to happen to the energy industry.  In particular, we have seen a number of “mysterious explosions” at natural gas facilities in the United States during the past two months.  Of course, natural gas prices were already spiking dramatically all over the world, and so this string of disasters comes at a really bad time.

On Saturday, an absolutely massive explosion at a very important natural gas facility in Medford, Oklahoma made headlines all over the nation.  The following comes from CBS News…

The fire occurred at a “natural gas liquids fractionation facility” operated by ONEOK, a company spokesperson confirmed in a statement to CBS News.

The explosion that caused this fire was so large that it actually caused “a 1.74 magnitude earthquake”.

Massive explosion at a natural gas plant in Oklahoma. Caused a 1.74 magnitude earthquake.

The black smoke that came billowing from the plant could be seen for many miles all around, and the damage that was done is likely to disrupt operations at the facility for a long time to come.

Just two days earlier, there was another “mysterious explosion” near Houston, Texas…

Authorities say a fire is now out after an explosion along a natural gas line sent up a column of flames from a field in Fort Bend County on Thursday.

According to the Fort Bend County Pct. 1 Constable’s Office, the explosion occurred before 11 a.m. in the 15400 block of JoAnn near FM 1952, west of Orchard.

Nearby residents report hearing “a loud pop” when the explosion occurred…

Is it normal to have two major natural gas explosions like this in just a matter of three days?

And it is important to note that there have been other “suspicious explosions” recently.

Last month, a massive explosion at a liquefied natural gas terminal in Quintana Island, Texas ended up “taking a substantial amount of the fuel off the market”…

An explosion at a liquefied natural gas terminal in Texas has left nearby residents rattled and is taking a substantial amount of the fuel off the market at a time when global demand is soaring.

Freeport LNG will be offline for at least three weeks, the company said Thursday, following a fire in its export facility.

So who would benefit from all of this?

I think that is a very important question to ask.

Some are suggesting that the Russians could be behind these “accidents”.  According to Washington Examiner editor Tom Rogan, the Russians actually have a cyber unit that is fully capable of pulling off such attacks…

That brings us to the Russian cyber unit involved in the targeting reconnaissance against Freeport LNG.

Named XENOTIME by researchers, the unit has utilized boutique TRITON/TRISIS malware developed by the Russian Ministry of Defense’s Central Scientific Research Institute of Chemistry and Mechanics. That malware is designed for the seizure of industrial control systems and the defeat of associated safety systems. In 2017, GCHQ (Britain’s NSA-equivalent signals intelligence service) outlined the need for network compartmentalization to protect safety systems against this malware better. In March 2022, the FBI warned that TRISIS malware remained a threat.

XENOTIME is assessed by the U.S. and British governments as a critical infrastructure-focused, advanced persistent threat actor. The unit’s modus operandi involves targeting industrial control systems and supervisory control systems in order to effect unilateral control of a network. XENOTIME has caused specific concern in Western security circles for its targeting of safety systems that would otherwise mitigate threats to life during a cyberattack. XENOTIME’s activity has escalated in 2022.

Of course, there are similar cyber units in the western world and in Asia that could be conducting such operations for their own reasons.

The truth is that even if it could be proven that cyberattacks are causing these explosions we will probably never know who was ultimately behind them.

This is just another reason why it is a major national security risk to have so much of our critical infrastructure connected to a global Internet.

Cyberattacks are becoming increasingly sophisticated, and we are exceedingly vulnerable.

Many on the Internet are pointing out that there was another very unusual fire at a facility in Valdez, Alaska on June 27th…

A tanker truck that caught fire at a Valdez refinery Monday afternoon halted fuel-loading activities at the facility on Tuesday, state officials say.

The truck was loading diesel when the explosion occurred, according to the Alaska Department of Environmental Conservation.

In the old days, a random fire like that never would have even made a blip in the news.

But with all of the other fires that are now happening, people are on alert.

Over and over again, really bizarre accidents have been happening, and people want answers.

I wish that I had all of the answers, but I don’t.  Like many of you, I am just trying to ask the right questions.

What I do know is that we live in very chaotic times, and I have a feeling that they are about to get a whole lot more chaotic.

I fully expect that the second half of this year will be even crazier than the first half, and that is really saying something.