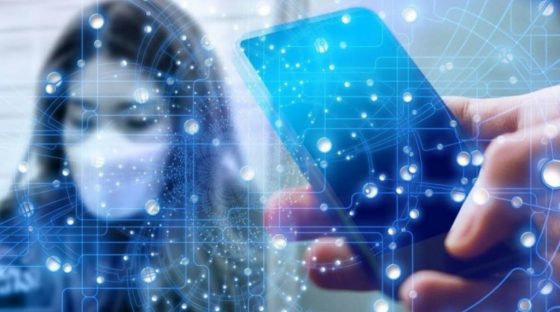 When is enough, enough? How many national surveillance systems does America need?

An article in Politico.com revealed how the national coronavirus surveillance system would allow federal authorities to see why someone is visiting their doctor and why they are in the hospital.

White House senior adviser Jared Kushner’s task force has reached out to a range of health technology companies about creating a national coronavirus surveillance system to give the government a near real-time view of where patients are seeking treatment and for what, and whether hospitals can accommodate them, according to four people with knowledge of the discussions.

Giving government officials unfettered access to a patient’s doctor’s visits and what they are being treated for would destroy the Health Insurance Portability and Accountability Act (HIPAA).

The prospect of compiling a national database of potentially sensitive health information has prompted concerns about its impact on civil liberties well after the coronavirus threat recedes, with some critics comparing it to the Patriot Act enacted after the 9/11 attacks.

Using COVID-19 as an excuse to monitor hospital emergency rooms is disingenuous at best and misleading at worst.

It would allow federal officials to continuously track elements like hospitals’ bed availability and the flow of patients into specific emergency rooms across the country — thereby enabling the government to rush resources to parts of the country before they’re hit by a surge of coronavirus cases.

It is hard to put into words how disturbing the White House’s plan is. Imagine serving up your entire life’s medical history to a government that only seems interested in knowing everything about all of us.

Most kids are born in hospitals, most kids go to the hospital to receive vaccinations. When someone goes to the hospital for say an injury or a malady they are asked to fill out a medical questionnaire that asks patients to reveal all kinds of personal information that government officials could have access to at their fingertips now because of this proposed  program.

Whether a national coronavirus surveillance system is run by the Centers for Disease Control and Prevention (CDC) only time will tell.

Some public health experts, meanwhile, suggested that the administration might instead built out and reorient an existing surveillance system housed within the Centers for Disease Control and Prevention that aided the response to prior epidemics. The system, called the National Syndromic Surveillance Program, is a voluntary collaboration between the CDC and various state and local health departments that draws data from more than 4,000 health care facilities.

According to the CDC’s “overview” page, the NSSP is much more than a voluntary collaboration of hospitals sharing patient information and more like a secret public surveillance network.

The NSSP is the closest thing America has to a secret national patient surveillance network.

Currently, there are “more than 4,000 health care facilities covering 47 states and the District of Columbia that contribute data to the BioSense Platform daily.”

The NSSP’s BioSense Platform is a cloud-based patient surveillance program that hospitals voluntarily hand over to the Feds. The CDC calls it “a secure integrated electronic health information system that allows them to rapidly collect, evaluate, share, and store syndromic surveillance data.”

Creating a national coronavirus surveillance system run by the CDC which has a long history of working with the Department of Homeland Security is a no-brainer for the White House.

Giving DHS the keys to Americans’ health records at the click of a button is a recipe for disaster. Not only will every hacker in the world try and gain access to them, but it will open up a new form of public surveillance.

Imagine getting stopped by a police officer who interrogates you at a state border because you had a fever and cough two weeks ago. If you think that could never happen, I encourage you to read my latest story about police doing just that.

As Politico said, creating a real-time national coronavirus surveillance system “would represent a significant expansion of government use of individual patient data, forcing a new reckoning over privacy limits amid a national crisis.”

Since 9/11 we have seen numerous public surveillance networks created as an excuse to assuage public fears, but creating another patient surveillance system doesn’t make sense and it is not needed.