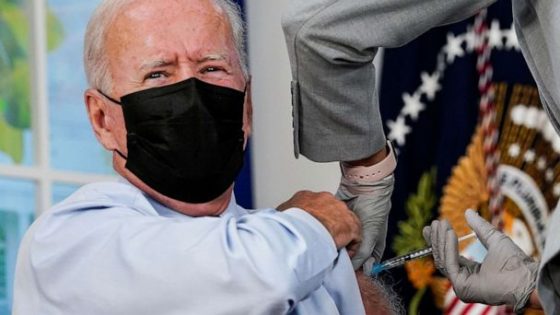 In an Aug. 2 memorandum addressed to White House Press Secretary Karine Jean-Pierre, O’Connor indicated that Biden “continues to feel well” and “remains fever-free and in good spirits.” The physician to the president also noted that Biden’s lungs were “clear” and his “temperature, pulse, blood pressure, respiratory rate, and oxygen saturation remain entirely normal.”

However, the chief doctor said the president is “experiencing a bit of a return of a loose cough.”

“Given his rebound positivity which we reported, we continued daily monitoring. This morning, his antigen testing remained positive,” added O’Connor.

Biden initially tested positive for COVID-19 on July 21, according to a statement by Jean-Pierre on that day. His symptoms at the time were said to have included a runny nose, cough, sore throat, a slight fever, and body aches. The press secretary added that Biden has received four doses of the COVID-19 vaccine and has begun taking the antiviral Paxlovid.

Following his treatment with Paxlovid, Biden returned a negative test result on July 27 and eventually emerged from isolation. However, Biden again tested positive for COVID on July 30 – in a so-called rebound infection.

According to O’Connor’s memo, this was the first time that symptoms – Biden’s “loose cough” – reemerged following a rebound case. (Related: Biden tests positive for COVID despite getting FOUR doses of the clot shot.)

Prior to testing positive for COVID-19 again, Biden had six close contacts who were negative for SARS-CoV-2, said Jean-Pierre.

“The president will continue his strict isolation measures as previously described. He will continue to conduct the business of the American people from the Executive Residence. [He] continues to be very specifically conscientious to protect any of the Executive Residence, White House, Secret Service and other staff whose duties require any – albeit socially distanced – proximity to him,” concluded O’Connor.

The Paxlovid pill used to treat Biden’s COVID-19 infection is a combination of two antiviral drugs – nirmatrelvir and ritonavir. Nirmatrelvir “has demonstrated antiviral activity against all coronaviruses that are known to infect humans,” as per the National Institutes of Health. Ritonavir, which was previously used against HIV, ensures that there are enough levels of nirmatrelvir in the body.

According to the Food and Drug Administration (FDA), the anti-COVID medication produced by Pfizer “must be taken within five days after symptoms begin.” It has recommended the drug for people with mild to moderate COVID-19 who are “at high risk for progression to severe COVID-19, including hospitalization or death.”

NPR reported that the standard Paxlovid treatment regimen is to take three pills twice a day for five days. But after Biden’s rebound infection, O’Connor advised that there is no reason for the president to undergo another round of Paxlovid treatment.

Biden is not the only individual who reported a rebound infection following Paxlovid treatment. Some individuals who took the antiviral drug attested that while it quickly eased their symptoms, they tested positive once more and their symptoms returned. Their sickness returned between two and eight days after they initially recovered.

White House Chief Medical Advisor Dr. Anthony Fauci also fell victim to a rebound infection after he took Paxlovid. He first contracted SARS-CoV-2 in June, which led him to take his first course of the drug. But he fell ill with worse COVID-19 symptoms as soon as he finished the first five-day regimen.

The infectious disease expert said on July 26 that he was on the fourth day of his second Paxlovid regimen.

Watch Dr. Anthony Fauci share his experience with a rebound infection after he finished his first Paxlovid schedule.