When Is It OK To Tell The Truth In America? 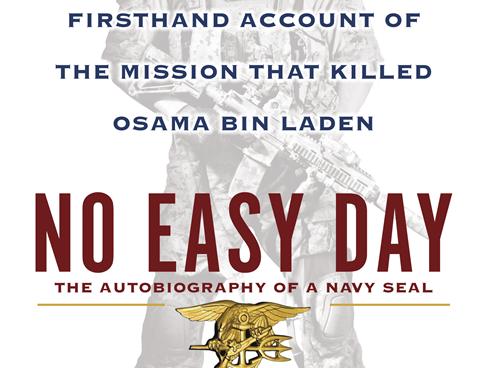 When the Obama administration announced Osama Bin Laden had been killed they provided a detailed account of how the raid in Pakistan took place, complete with a narrative that included a daring infiltration by Navy Seals, a shootout in the compound, and the terrorist’s burial at sea.

The incident was undoubtedly used as a political stepping stone for President Barack Obama, who had been suffering heavily in national polls. Thus, 300 million Americans and billions of citizens around the world were told a story that was, by all official accounts, the “truth.”

Shortly thereafter reports began to surface about inaccuracies in the story, with even the Obama administration providing inconsistent accounts of what happened and how. But, due to the highly classified nature of the operation, the only available information disseminated to the public came directly from White House officials.

President Obama’s administration was so desperate to look righteous and heroic in the eyes of the American public that they went so far as to support the production of a new movie detailing their version of the story. According to press inquiries, but denied by the White House Press Secretary, President Obama’s aides provided Hollywood producers unprecedented access to details and classified information regarding the killing of Bin Laden – no doubt slanted towards the White House’s version of events.

But just this week Navy Seal Matt Bissonnette made news ahead of the release of his new book No Easy Day, a firsthand account of the killing of Osama Bin Laden. Bissonnette, who originally published the book under a pseudonym to protect his identity, was outed by Reuters and other news agencies and has since been put on notice by the Pentagon for failing to have his book submitted for prepublication review, a process by which the Pentagon redacts or restricts the potential release of classified information by authors who work for the government.

Bissonnette reportedly signed non-disclosure agreements with the military and now faces forfeiture of royalties from the book and the possibility of criminal prosecution under the espionage act:

“I have a hard time believing that a book-length first-hand account of such a sensitive operation would not contain a single piece of classified information,” says Kel McClanahan, the executive director of National Security Counselors, a law firm that specializes in litigating secrecy cases. “[Just one] piece of classified information is what will cause the problems, even if it’s not in this particular section,” he said, reviewing last night’s disclosures.

Attorney Mark Zaid, who has provided legal services on some 20 military-related books during the classification review process, says the case against Bissonnette is a “slam dunk.” “There’s a high, high likelihood that officials with the U.S. government would render a determination that there is classified information within the book,” he said.

If any such disclosure were found, Bissonnette could be subject to prosecution under the Espionage Act. In addition, the Justice Department could claim all the proceeds from the book for Bissonnette’s failure to submit his manuscripts for approval, a condition he reportedly agreed to in a non-disclosure agreement.

Here we have a Navy Seal with a firsthand account of how the raid went down who has shared his story. And the story doesn’t mesh with the official narrative put forth by the Obama administration.

Former Navy SEAL Matt Bissonnette is going to tell his version of events surrounding the death of Osama bin Laden, even if the Pentagon sues him for every last penny.

“Mr. Owen sought legal advice about his responsibilities before agreeing to publish his book and scrupulously reviewed the work to ensure that it did not disclose any material that would breach his agreements or put his former comrades at risk,” wrote Robert D. Luskin, an attorney at D.C. lobbying behemoth Patton Boggs. “Mr. Owen is proud of his service and respectful of his obligations. But he has earned the right to tell his story.”

The question now becomes one of ethical and moral character.

Should Bissonnette have released this firsthand information even though he signed a non-disclosure agreement with the government?

Is it not our duty as Americans to share the truth when a known a lie has been told to 300 million people, even if classified information may be released in the process?

The issue is one of transparency and the answer to the above affects not just Mark Bissonnette, but the many other whistleblowers under fire by the Obama administration.

Julian Assange, who was passed this information by Manning and made it available to millions on the internet, is holed up in the Ecuadorian embassy in the United Kingdom because western governments want to extradite him and try him for espionage and a host of other crimes.

[Let’s Light ‘Em Up: Should this video have been made public?]

Former CIA employee Valerie Plame and her husband Joe Wilson, who leaked details about the falsity of weapons of mass destruction which were used as a pretext for invading Iraq, came under fire by the Bush administration for getting the truth out.

Are Manning, Bissonnette, Plame, Wilson and countless others who expose political lies and financial fraud at the highest levels of government and business enemies of the United States or are they Patriots who, despite the personal attacks and potential for prosecution they knew would be lobbed at them, took it upon themselves to get the truth out?

Transparency is something that all Americans want from their government, but the fact is that transparency is not as easy as each politician and government official taking it upon themselves to tell us the truth. It is often the case that those individuals involved in cover-ups and lies to the American public are acting in their own self interests out of self preservation, thus anything damaging is often hidden from the eyes of the people.

To get to the truth requires investigation by the fourth estate, pressure from the American people and disclosure by insiders.

Those insiders are often branded and prosecuted as traitors. In fact, President Obama, who stood on a platform of transparency during the 2008 campaign, has prosecuted more whistle-blowers to date than any previous administration.

So, where can we draw the line? When does it become our duty as Americans to cross that line and let the truth out, even if it is supposed to be cloaked behind a veil of national security?

When is it OK to tell the truth in America?