What’s Triggering The Left Now? Soon You Won’t Be Allowed To Say “Patriot” 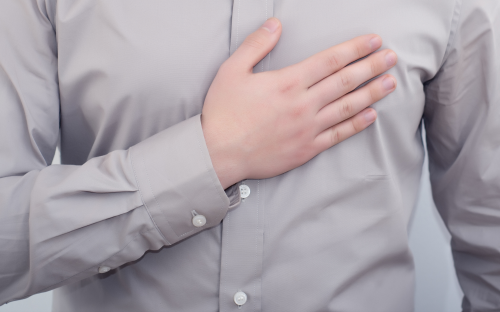 There was a time when liberals and conservatives both agreed on one thing. They both used to love their country. Though they differed on what values and policies would be best for their homeland, they still had that shred of common ground.

That’s clearly no longer the case. Across the Western world, you’ll find that even moderate liberals are often uncomfortable with terms like “patriotism” and “nationalism.” As for the far-left, they now view these terms as poisonous and archaic. That’s because they want the whole world to be one big happy family, where borders are meaningless, people can freely move from one country to the next, and no society is inherently better than another. They preach diversity, but they want the world to be blended into one drab monoculture that falls in line with their beliefs.

So it was only a matter of time before leftists would start being triggered by patriotic rhetoric. It’s happening in Australia, where Prime Minister Malcom Turnbull recently stated that he wants the government to tighten citizenship and visa requirements.

“There is no more important title in our democracy than “Australian Citizen”. And we should make no apology for asking those who seek to join our Australian family to join us as Australian patriots – committed to the values that define us, committed to the values that unite us. Our success as a multicultural society is built on strong foundations which include the confidence of the Australian people that their government, and it alone, determines who comes to Australia.”

Sounds pretty inoffensive right? Not to many Australians, who have taken umbrage with his use of the word “patriot.”

Demanding loyalty to the state… don’t fascists like Trump keep spraying that bile?

“I resent the word ‘patriot’, its use & application to immigrants. It feels Trumpesque, someone who’s either a zealot/ extremist” #TheDrum pic.twitter.com/YXlcuGwh2o

That of course, is so typical of the Left. They care more about how they feel regarding an issue, rather than the objective truth. And the truth of the matter, is that these people don’t seem to know what patriotism means. According to the Merriam-Webster dictionary, it simply means “love for or devotion to one’s country.” According to thefreedictionary.com, a patriot is “a person who loves, supports, and defends his or her country and its interests.”

What’s so bad about that?

Make no mistake, people are increasingly being offended by patriotism across the Western world. It’s even ramping up in America, which is considered one of the most patriotic nations on the planet. Here we have leftists melting down over sports fans wearing red, white and blue clothing. Even in Germany, a country that is notorious for frowning upon most patriotic displays, it’s not taboo to wave the German flag at a sports game.

This trend has to be fought at every turn, because there’s nothing shameful about loving where you come from.

To everyone in the Western world, take note. What happens in you culture, will eventually influence government policies. So if this derision of patriotism ever goes mainstream, you can say goodbye to our borders. And when our nations are flooded with migrants who come face to face with a self-loathing culture, they’ll have no motivation to assimilate. Then you can say goodbye to your values and way of life as well.

Leftist And Globalist Calls For Multiculturalism Are Nonsensical: “You Cannot Have Two Or More Diametrically Opposed Cultures In The Same Society”