What You Need To Know About Gold Right Now: “This Was An Artificial Takedown… Bull Market Will Resume… There Will Be Big Demand With Tight Supply” 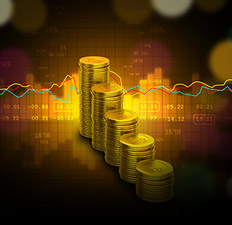 Recent price action in precious metals has left many an investor wondering where gold and silver prices will go next. According to Inca One Gold Chairman Bruce Bragagnolo, prices won’t stay down for much longer. In an interview with Future Money Trends Bragagnolo says that the correction we’ve seen since August is a result of multiple factors including the fact that Chinese markets were closed for an entire week. This gave insiders an opportunity to progressively drive prices lower by dumping literally billions of dollars in paper assets onto the open market in mere seconds. Bragagnolo explains:

It’s been shocking and it’s been gut wrenching for a lot of people to see the type of drop in the gold price that we’ve seen. I think most people were looking for a correction at the $1290 range and we’ve gone a lot lower than that… Clearly somebody had some gold to sell or short… it always happens during the week the Chinese market is closed because it makes it easier to knock the price down… It just seems like it’s too much of a setup…. this was an artificial takedown caused by a seller that was known to the bullion banks…

From what I’ve seen, we’re in a bull market right now and I think you have to play the bias to the upside… we should be out of this fairly soon…

Watch the full interview as Bruce Bragagnolo highlights the many factors for why gold is set to explode to at least $2500 per ounce and why long-term mistrust, economic fragility, the gutting of the middle class, and supply-demand fundamentals could drive it even higher in coming months and years:

Learn more about Bruce Bragagnolo at Inca One Gold.