What Is America Going To Look Like When Stocks, Home Prices And Even Used Cars All Crash By At Least 50 Percent? 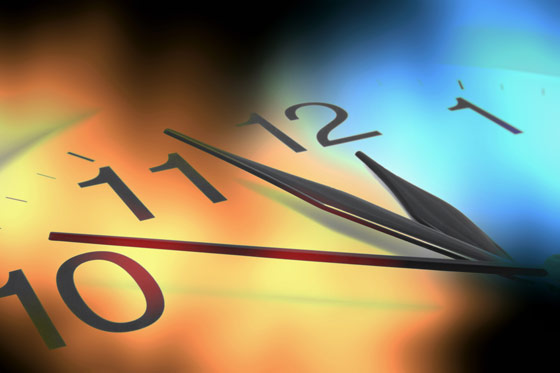 Have you ever thought about what comes after the bubble?  In 2008 we got a short preview of what life will be like, but most Americans seem to have come to the conclusion that the last financial crisis was just a minor bump in the road toward endless economic prosperity.  But of course the truth is that the ridiculously high debt-fueled standard of living that we are enjoying now is not sustainable, and after this bubble bursts it will be an extremely painful adjustment for our society.

Since the last financial crisis, the U.S. national debt has nearly doubled, corporate debt has doubled, stock valuations have reached exceedingly ridiculous extremes, the student loan debt bubble has surpassed a trillion dollars, we are facing the largest unfunded pension crisis in U.S. history, and in many parts of the country (particularly the west coast) we are facing a housing bubble that is even worse than the one that burst in 2007 and 2008.

And even with all of these bubbles, U.S. GDP growth has been absolutely anemic.  Even if you believe the grossly manipulated numbers that the federal government puts out, the U.S. economy grew at a “miserably low” rate of just 1.6 percent in 2016…

In terms of GDP, the fourth quarter was revised up slightly, but there were adjustments for prior quarters, and overall GDP growth for the year 2016 remained at a miserably low 1.6%. We’ve come to call this the “stall speed.” It’s difficult for the US economy to stay aloft at this slow speed. As Q4 gutted any hopes for a strong finish, GDP growth in 2016 matched the worst year since the Great Recession.

Things have continued to get even worse early in 2016.  At this point, it is being projected that U.S. GDP will grow at an annual rate of just 0.9 percent during the first quarter of 2017.

So anyone that tries to tell you that the U.S. economy is in good shape is simply not being honest with you.

But even though things don’t look great now, they are going to look far, far worse after the biggest debt bubble in human history bursts.

For example, what do you think that America will look like after half of all stock market wealth disappears?  In a recent note to his clients, John P. Hussman stated that his team is projecting that by the end of this current market cycle “roughly half of U.S. equity market capitalization – $17 trillion in paper wealth – will simply vanish”.

And of course that projection lines up perfectly with what I have been saying for quite a while.  In order for key measures of stock market valuation (such as CAPE, etc.) to return to their long-term averages, stocks are going to have to fall at least 40 to 50 percent from their current levels.

As this coming crisis unfolds, other asset classes will experience astounding downturns as well.  This week, Morgan Stanley (one of the too big to fail banks) released a report that said that used car prices “could crash by up to 50%” over the next several years…

For months we’ve been talking about the massive lending bubble propping up the U.S. auto market. Now, noting many of the same concerns that we’ve highlighted repeatedly, Morgan Stanley’s auto team, led by Adam Jonas, has just issued a report detailing why they think used car prices could crash by up to 50% over the next 4-5 years.

Housing prices are primed for a major plunge as well.  This is especially true on the west coast where tech money and foreign purchasers from Asia have pushed home values up to dizzying levels.  Half a million dollars will be lucky to get you a “starter home” in San Francisco, and it was being reported that one poor techie living there was paying $1400 a month just to live in a closet.  Many believe that some cities on the west coast will be quite fortunate if home values only go down by 50 percent during the coming crash.

Everywhere you look there are bubbles.  In a recent piece, Daniel Lang pointed out some more of them…

At some point the imbalances become just too great and the system collapses in upon itself.

In other words, we are heading for a massive implosion.

And once the implosion happens, people are going to go absolutely nuts.  Anger and frustration are already rising to the boiling point all over the country, and it isn’t going to take much to push millions of Americans completely over the edge.

In a recent interview with Greg Hunter, author James Rickards warned that when things get really bad in America we could actually see what he refers to as “money riots”…

So, could we be facing a “Mad Max” world if the financial system totally crashes? Rickards says, “In ‘Road to Ruin,’ I talk about what I call the money riots.  There is a lot of reasons for rioting.  When you start shutting banks and the stock exchange and they say you can’t get your money, it’s only temporary, trust us, people will go out and start to burn down banks.  The government is ready for that also with emergency response and martial law. . . . Governments don’t go down without a fight. . . . You can see the shutdown coming because they will try to buy time until they come up with a solution, whether it’s gold, Special Drawing Rights (SDR), guarantees or whatever it might be.  There are only two or three possibilities here, but all of them will take time, and they will have to shut down the system. . . . People will not sit for that.  So, that means people will riot.  They’ll burn down banks.  They will smash windows, but what is the reaction to that?  The answer is martial law, militarized police, actual military units and you get something that looks like fascism pretty quickly.”

I very much agree with his assessment.

All it is going to take is another major financial crisis and this nation will go completely and utterly insane.

Unfortunately, all of our long-term economic problems have proceeded to get a lot worse since the last time around, and so when things fall apart this time we will likely be looking at a scenario that is absolutely unprecedented in American history.

A lot of people have become very complacent out there these days, but that is a huge mistake.

Just because a crisis is delayed does not mean that it is canceled.  And because our leaders have kept making this economic bubble larger and larger, that just means that the coming crisis will be even more painful than it otherwise could have been.

Pensions Will Be Wiped Out In America: “Perfectly Primed For the Greatest Financial Disaster”