What If the Lockdown Was All A Big Mistake? 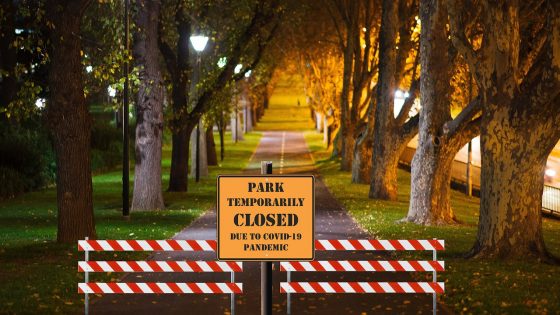 From California to New Jersey, Americans are protesting in the streets. They are demanding an end to house arrest orders given by government officials over a virus outbreak that even according to the latest US government numbers will claim fewer lives than the seasonal flu outbreak of 2017-2018.

Across the US, millions of businesses have been shut down by “executive order” and the unemployment rate has skyrocketed to levels not seen since the Great Depression. Americans, who have seen their real wages decline thanks to Federal Reserve monetary malpractice, are finding themselves thrust into poverty and standing in breadlines. It is like a horror movie, but it’s real.

Last week the UN Secretary-General warned that a global recession resulting from the worldwide coronavirus lockdown could cause “hundreds of thousands of additional child deaths per year.” As of this writing, less than 170,000 have been reported to have died from the coronavirus worldwide.

Many Americans have also died this past month because they were not able to get the medical care they needed. Cancer treatments have been indefinitely postponed. Life-saving surgeries have been put off to make room for coronavirus cases. Meanwhile, hospitals are laying off thousands because the expected coronavirus cases have not come and the hospitals are partially empty.

What if the “cure” is worse than the disease?

Countries like Sweden that did not lock down their economy and place the population under house arrest are faring no worse than countries that did. Sweden’s deaths-per-million from coronavirus is lower than in many lockdown countries.

Likewise, US states that did not arrest citizens for merely walking on the beach are not doing worse than those that did. South Dakota Governor Kristi Noem said last week, “we’ve been able to keep our businesses open and allow people to take on some personal responsibility.” South Dakota has recorded a total of seven coronavirus deaths.

Kentucky, a strict lockdown state, is five times more populated than South Dakota, yet it has some 20 times more coronavirus deaths. If lockdown and house arrest are the answer, shouldn’t those numbers be reversed, with South Dakota seeing mass death while Kentucky dodges the coronavirus bullet?

When Anthony Fauci first warned that two million would die, there was a race among federal, state, and local officials to see who could rip up the Constitution fastest. Then Fauci told us if we do what he says only a quarter of a million would die. They locked America down even harder. Then, with little more than a shrug of the shoulders, they announced that a maximum of 60,000 would die, but maybe less. That is certainly terrible, but it’s just a high-average flu season.

Imagine if we had used even a fraction of the resources spent to lock down the entire population and focused on providing assistance and protection to the most vulnerable – the elderly and those with serious medical conditions. We could have protected these people and still had an economy to go back to when the virus had run its course. And it wouldn’t have cost us six trillion dollars either.

Governments have no right or authority to tell us what business or other activity is “essential.” Only in totalitarian states does the government claim this authority. We should encourage all those who are standing up peacefully and demanding an accounting from their elected leaders. They should not be able to get away with this.