What Exactly Is Trump’s Impeachable Offense? 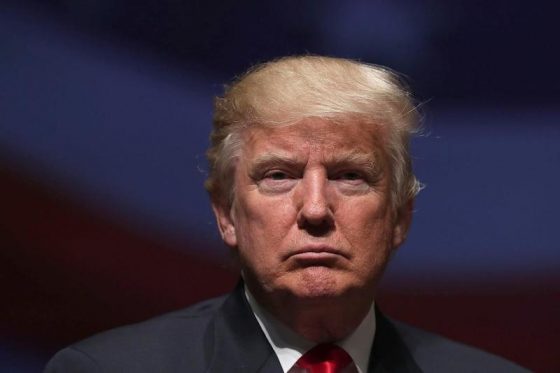 This article was originally published by  Jacob G. Hornberger at The Future of Freedom Foundation.

Now, don’t get me wrong. I’m all in favor of impeaching Trump and removing him from office, but only for grave crimes, such as waging war illegally (i.e., without the constitutionally required congressional declaration of war), wreaking death, suffering, and destruction in those wars, committing countless assassinations, and violating provisions in the Bill of Rights with respect to indefinite detention, torture, denial of speedy trial, and denial of due process of law.

But impeaching Trump for a telephone conversation? To me, that has the feel of desperation attached to it, desperation born out of an increasing realization that none of the Democratic presidential candidates is capable of defeating Trump in an election. Trump’s impeachment seems like it might be the political equivalent of a Hail Mary pass in football — almost impossible to complete but would at least give the Democrats a long-shot, short-cut way to the presidency.

There are three possible offenses that would form the basis of impeachment. Let’s examine and analyze each one.

Is it really a criminal offense for a president to request that a criminal investigation be launched against someone, including a political opponent?

Let’s first consider the case of an American citizen, John Doe, who is not running for office. The president calls the attorney general and says, “Would you initiate a criminal investigation against John Doe?” Would that really be a crime under US law? What if Doe is a suspected terrorist? Or a suspected bank robber? Where in the law is the president prohibited from requesting the attorney general from initiating an investigation (and possible criminal prosecution) of Doe?

Now, let’s change the scenario. Let’s say that Trump calls a state attorney general and makes the same request. Is that against the law? I don’t see how it can be. Again, what if the person really does need to be investigated? What if he’s committed fraud, both on the federal and state level? Where in the law does it say that the president is legally prohibited from asking a state attorney general to initiate an investigation?

Let’s change the scenario again. Let’s say that Trump calls the president of a foreign country and makes the same request. Let’s say that the person he’s targeting is running an international child-trafficking operation that is based in that country but also operating within the United States. Would it really be illegal under US law for the president to request that foreign president to initiate an investigation into such person? I don’t see how it would be.

Yes, the request might be a malevolent, vicious, improper, and unethical thing to do, but if we are going to impeach presidents for doing those types of things in political races, no president would last more than a few days in office. Every one of them engages in malevolent, vicious, improper, and unethical conduct in his or her insatiable quest for political power.

What if the opposing candidate really has engaged in criminal wrongdoing, either here in the United States or in a foreign country or both? Does the law really say that when a person announces for public office, he is automatically immune from investigation and prosecution for any crimes he has committed? I am certain the law doesn’t say that. Otherwise, every murderer, robber, and rapist would be running for office perpetually.

Democrats and mainstream newspaper commentators are saying that Joe Biden and his son Hunter Biden are innocent of any criminal wrongdoing. Fair enough. But maybe that’s because they haven’t been sufficiently investigated. Many guilty people appear innocent until aggressive evidence shows otherwise. Why does the fact that they say they are innocent of official corruption in Ukraine convert Trump’s request that they be investigated for official corruption into an impeachable offense?

Holding up a US foreign aid package to Ukraine shortly before Trump requested President Zelensky to initiate the investigation.

If that’s the case, that certainly would constitute a bribe. But there are two big problems with this argument.

First, that’s not what Trump said. It might appear that that is what he was doing by withholding the foreign aid but appearances are not the same as proof. Trump himself has come up with two explanations as to why he was holding up the aid package, neither of which had anything to do with a bribe. He might well be lying, but the burden of proof is on the accuser, not Trump. Moreover, the fact that the aid was later released to Ukraine, without Trump having had his request for an investigation into the Bidens granted, does not bode well for the accusers.

Second, US foreign aid has long been used as bribery. That’s the very purpose of foreign aid — to induce foreign regimes to do the bidding of US officials. See my articles “Foreign Aid for Dictators” and “From the Anti-Russia Brouhaha to the Ukraine Brouhaha.” Is Trump going to be impeached and removed from office for doing what the US foreign-aid system is intended to do?

I’m reminded of what happened to Yemen after it voted against President George H.W. Bush’s request for a UN resolution authorizing war against Iraq. US Secretary of State James Baker reportedly stated that that was the most expensive vote Yemen would ever take. US foreign aid to Yemen was terminated. Neither Bush nor Baker was impeached.

Moreover, it turns out that Biden himself did the same thing when he was vice-president. He told Ukrainian officials that if they didn’t remove a particular prosecutor in the regime, he would make sure that US foreign aid to Ukraine would cease. The official was quickly removed, and the aid was continued. Now, it’s true that just because Bush and Biden did it doesn’t justify Trump doing it. But it seems to me that it’s going to look a bit hypocritical, petty, and Third-Worldish to impeach Trump and remove him from office for using foreign aid in the same way that other US officials do.

By the way, if we are going to start impeaching presidents for bribery through US foreign aid, can we also start prosecuting candidates for bribery who offer voters political freebies — such as free education, free healthcare, and free income — in return for their votes?

Soliciting an illegal campaign contribution from Zelensky by supposedly requesting him to get political dirt on Biden and his son.

There are three big problems with this supposed offense.

Second, for political dirt to constitute a campaign contribution, it has to have some value. If Trump’s request for an investigation is construed as a request for political dirt, how much would that dirt be worth? How can such a determination be made without knowing what the dirt is? And what if it turned out that there was no dirt? Is it unlawful under US campaign finance laws to seek a contribution worth zero dollars from a foreign regime?

Third, if US campaign-finance laws make Trump’s request for an investigation into the Bidens a criminal offense, the laws are clearly unconstitutional. That’s because they obviously run afoul of the First Amendment, which states as follows: Congress shall make no law … abridging the freedom of speech.” It would be difficult to find a better example of speech than a telephone conversation. Under our constitutional form of government, when a congressional enactment collides with the Constitution, the enactment must give way.

After embroiling the nation for three years in what has to be considered the most ludicrous conspiracy theory in US history — that Trump colluded with the Russians to elect him to the presidency — it seems to me that the Democrats, the mainstream press, and possibly even the deep state have now moved on to Part 2 of their effort to remove Trump from office without having to defeat him in an election.