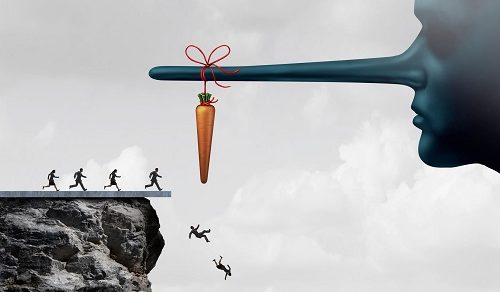 This article was originally published by Caitlin Johnstone at CaityJohnstone.Medium.com.

Stories about protagonists who’ve been misguided their whole lives about something very important have been emerging in our culture for generations, and they continue to delight audiences at the box office to this day.

The pauper was really a prince. Luke was Darth Vader’s son. Keanu Reeves had been living in a computer simulation. Bruce Willis was really a ghost. Jim Carrey’s whole world was the set of a TV show, and everyone in his life had been lying to him since his infancy.

From our earliest moments, we are trained to fit in with a society that was designed from the ground up by the powerful in the service of the powerful. As soon as we are old enough to get curious about the world and how it works our heads are filled with lies about such matters, by our education systems, by the media we consume, by our parents who were indoctrinated in the same way, and by the very culture, we find ourselves immersed in from day one.

These stories about a character who’s been deceived about life resonate so strongly with us because on some level we all suspect it might be true of our own lives as well. They whisper to something hidden and sacred within us that has always sensed that there’s something not quite right with the way we are perceiving things.

If we really commit to uprooting the untruth that’s been planted in us, we can even discover that we’ve been deceiving ourselves about the way we experience reality. That the perception of oneself as a finite character who is separate from the world is based on false assumptions about the way experience is happening, unhelpful mental habits born of incorrect premises, and overlooked aspects of our own consciousness. That we’ve been making ourselves miserable with false beliefs about who and what we are.

This civilization is the set of the Truman Show, and we are all Truman.

But because we are all Truman, we can only walk off the set if we walk off together. There is no option to leave as an individual because even if you know it’s all lies, you’re still stuck in a world full of humans whose behavior is driven by lies.

Awakening to reality as an individual can for this reason sometimes be more uncomfortable than remaining asleep in the dream, because you’re like Truman after he realizes it’s all a sham, but before he escapes. At times you’re just stuck there, freaking out at the actor who’s playing your mother while she tries in vain to cut to a commercial break. It can be distressing for you, and it can be distressing for the people around you who aren’t yet on the same page.

The only way we’re getting off the set of the Truman Show is if we can all succeed in waking each other up from the lies which built it. Until then we’ll be stuck in a world of poverty, war, exploitation, degradation, ecocide, and suffering. It’s not until enough of us have unplugged our minds from the matrix of lies that we’ll be able to use our strength of numbers to force real change.

Only then will we be able to escape.

Only then will we be able to walk off the set.

Only then will we be able to turn to the audience and say, “In case I don’t see ya: good afternoon, good evening, and good night!”

And then turn around, and walk out the door, and begin our adventure into reality.