Poverty is spreading MUCH FASTER than Covid-19 is. Compared to this flu-like virus, poverty scares MANY MORE households and, unfortunately, nobody in government or in the education system is working on a treatment for it.

Most people are born into poverty and whatever they learn about MAKING MONEY is totally accidental.

Financial education is the MISSING PUZZLE PIECE that enables the wealthy and the sophisticated to keep reaping the fruits of labor in the fiat monetary system.

By design or not, the facts SPEAK FOR THEMSELVES; most families don’t have the necessary tools to understand what has happened in America in the last 40 years. They intuitively realize that their income HAS FROZEN in time and that the 0.1% club HAS THE GAME all figured out. But it’s boiling their blood already – politics will shift towards this frustrated mass of the population since there’s SO MANY of them.

Promises of reform, which level the playing field, will be made and we’ll see higher taxes on the wealthy and more government intervention. 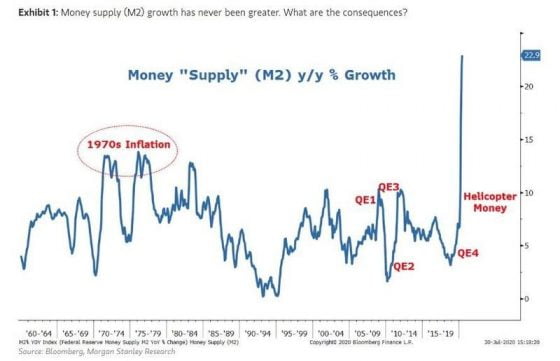 One DETERMINING FACTOR is the health of the banking sector. In the past decade, banks weren’t easing their lending requirements, since they were deemed as weak, but today they’re the most WELL-CAPITALIZED they’ve been in decades and a whole generation of millennials CANNOT WAIT to leave their parents’ homes.

Secondly, unlike in the Obama era, the country is MORE DIVIDED than ever, causing much more anxiety and that’s going to fuel the government to take fiscal action all the time.

Government spending, coupled with private sector lending is the cocktail that led to money velocity in the 1970s.

In the history of the United States, one can easily see that up until 1913 (the year the FEDERAL RESERVE was born), government bonds yielded between 3%-6% for over a century, in a very STABLE FASHION.

Since 1913, look at the JOKE that the central bank has played on the community of savers, sending them on a WILD GOOSE CHASE of trying to figure out where interest rates will be in the years ahead.

I am disgusted by this, but at the same time, since we are EDUCATED ON THIS MATTER, I can’t help but smile when I see our gold and silver portfolio hitting all-time highs, due to their OBVIOUS INCOMPETENCE. 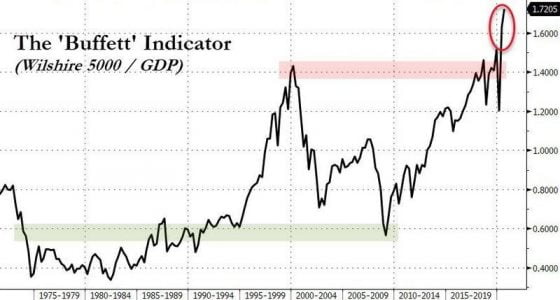 Zero interest rates have sent stocks into their HIGHEST VALUATIONS, since the gold standard was halted.

The path here is pretty clear; if stocks stay expensive, investors will FLOCK TO COMMODITIES, which is the reason we predicted silver hitting $64/ounce.

Most Americans will lose everything; STAY VIGILANT AND PREPARED!