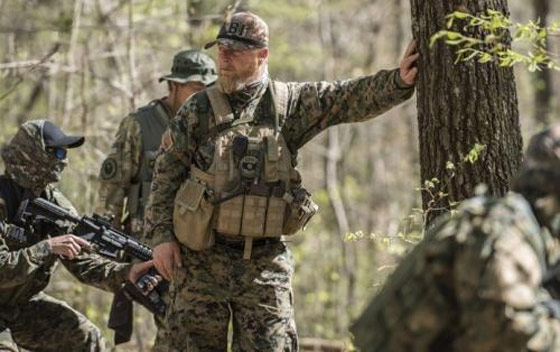 Members of US militias aren’t waiting for Congress and special counsel Robert Mueller to move against the Trump administration. According to the Atlanta Journal-Constitution, militia activity has spiked in the early days of Trump’s presidency, which could be problem for the deep state and Democratic lawmakers who have joined in opposition to the president, and maybe even for Trump himself.

An intensifying atmosphere of disillusionment and anger is attracting new members to these groups, which could be a problem for Trump if he fails to adhere to his campaign promises – something that could trigger a backlash from a legion of heavily armed former supporters.

“What would concern me is that nobody gets more angry than a fan spurned,” James Corcoran, a professor at Simmons College in Boston who has watched militias closely for decades and has written extensively about the movement, told the AJC.

The spike in activity runs counter to a trend that’s as old as the modern militia movement, which first emerged in the early 1990s after the election of President Bill Clinton. Typically, militia activity trails off when a Republican administration is in power, but increases when Democrats are in power.

Speaker of the House Paul Ryan might also want to take note of this trend, because the militias’ suspicions aren’t just aimed at Democrats, but Congress as a whole: Chris Hill, the leader of one Georgia-based militia, told the AJC that he’s worried lawmakers will try to, and maybe even succeed in, scuttling Trump’s agenda.

“Even if President Trump is able to do the things that he wants to do, he’s still got Congress to contend with. Congress is the same old dog-and-pony show. All they do is fight. They’re never going to grant us more freedom,” Hill, who goes by the nickname General BloodAgent, told AJC.

“A lot of people have let their guard down because he was elected, and I would wholeheartedly say that is a big mistake. … If anything we should use this time wisely. Like the Good Book says, a wise man prepares, a fool takes his chances.”

Hill says President Barack Obama’s election in 2008 was a defining moment for his group, the Georgia Security Forces, because it signaled that the US was on “the wrong track.” Hill and his fellow militia members were fearful that the former president wanted to restrict gun rights and forever alter their way of life.

Following a dramatic spike after Obama’s election, there are now an estimated 165 militias in the U.S., Ryan Lenz, a senior investigative reporter with the Southern Poverty Law Center, told AJC.

But many in the movement feel that the country has been in decline since long before the Obama election. John and Evette DeMaria felt the country was heading down the wrong path, with the military and law enforcement no longer cherished or revered. Yvette DeMaria said she believes protesters have been allowed to get out of control after police shootings.

The rise of political correctness infuriates the DeMarias, as does the tendency of politicians and the courts to carve out constitutional protections that stray far from the intent of the nation’s forefathers. Yvette DeMaria laments, for example, the legalization of same-sex marriage and the transgender bathroom issue, believing they amount to a war on her Christian faith.

“We cannot be silent anymore. We have voices. We need to rise up. We need to speak up. We need to find like minds,” Yvette DeMaria said. “We’re going to church every Sunday — but Monday through Saturday, what are we doing?”

The DeMarias told the AJC that they found the Georgia Security Force through Facebook and a pastor friend who had traveled to Gatlinburg, Tennessee, with the militia to help out after fires in the Smoky Mountains devastated the region. Yvette DeMaria said she was moved by the act of charity.

The GSF is part of the III Percenters movement, which derives its name from the belief that just 3 percent of the colonists rose up to fight the British, the AJC said. The movement has vowed to resist any government that infringes on the US Constitution. Members of the “resistance” who hope Mueller and the FBI step up and remove Trump from office should keep this in mind.