We Need a #MeToo Movement for Political Consent 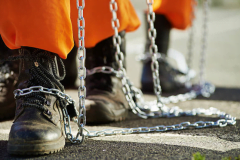 This article was originally published by James Bovard at the Mises Institute.

The #MeToo movement is spurring millions of Americans to reconsider the meaning of consent in sexual relations. But there is another realm where far too much has been presumed because of often token gestures. Political consent is defined radically differently than the consent that people freely give in their daily lives.

The Declaration of Independence enshrined the notion that government must possess “the consent of the governed.” Unfortunately, winning politicians often claim blank checks to define the hidden meaning behind citizens’ ballots. “Consenting” on Election Day is portrayed as pre-approving anything politicians dictate in the following years.

Government agencies structure their policies to make even more absurd presumptions of “consent” in daily life.

Because you traveled abroad, you supposedly consented to Department of Homeland Security agents examining and copying all the records on your cell phone or computer when you return to the United States. The American Civil Liberties Union and other groups are fighting this policy in federal court but this Obama-era policy remains the law of the land.

Because you bought an airline ticket, you supposedly consented to being pawed by a Transportation Security Administration agent, including an “enhanced patdown” that often includes vigorously groping Americans’ groins (regardless of TSA’s incompetence at discovering actual threats).

Because you chose to use the Washington or New York subway, you have consented to a warrantless search of your backpack or purse by local police who receive a federal grant to conduct security theater performances.

Because you drive on government roads, you supposedly consented to federally-funded license plate scanners compiling a dossier of when and where you travel. And for anyone who objects to federal, state, and local agencies tracking them at almost all times (including when they visit gun shows ), remember that “those who have nothing to hide have nothing to fear.”

Presumed consent entitles government to do as politicians please. Because Americans “consented” to George W. Bush and Barack Obama’s presidential candidacies, their appointees authorized the National Security Administration to create massive databases compiling details on all the phone calls they made or received. In millions of cases, NSA also vacuumed up Americans’ emails and web browsing history. Even though presidents denied they were illegally spying on Americans, voters still presumably “consented.” Americans may be shocked in the coming months and years to learn of illegalities they purportedly “consented” to when Trump was elected.

Political consent is defined these days as rape was defined a generation or two ago: people consent to anything which they do not forcibly resist. Anyone who does not stone city hall presumably consented to everything the mayor does. Anyone who does not jump the White House fence and try to storm into the Oval Office consents to all executive orders. Anyone who doesn’t assail the nearest federal office building consents to the latest edicts in the Federal Register. And if people do attack government facilities, then they are terrorists who can be justifiably killed or imprisoned forever.

Ironically, the Founding Fathers proffered a notion of political consent much closer to what #MeToo activists are championing nowadays. The Bill of Rights provided bright lines which politicians were prohibited from crossing regardless of vote counts. The Bill of Rights was a sacred pledge that politicians admitted they had no right to censor the press, confiscate private firearms, suppress religion, or inflict cruel and unusual punishment on citizens. The fact that politicians routinely often violate Americans’ constitutional rights does not make the Bill of Rights any less binding.

Regardless of the outcome of the midterm congressional elections, we should remember that members of Congress and the president took oaths promising to honor and defend the Constitution. In the same way that consenting to a dinner date does not entitle someone to bind and beat another person, consenting in a voting booth does not entitle politicians to ravage Americans’ rights. A strict adherence to the Bill of Rights is the surest way to reduce perils after Election Day.

James Bovard is the author of ten books, including 2012’s Public Policy Hooligan, and 2006’s Attention Deficit Democracy. He has written for the New York Times, Wall Street Journal, Playboy, Washington Post, and many other publications.