We Are Close to The End: “The Con Job Is Up” 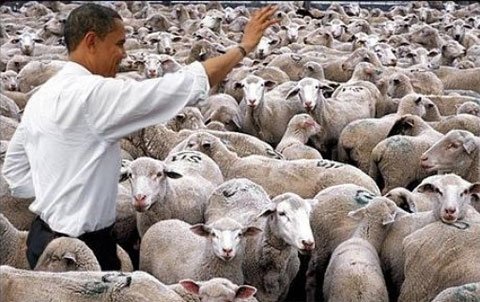 We’ve seen decades of manipulation in the monetary, financial and economic systems of this country. And while most people have fallen hook, line and sinker for the recovery narrative touted by the establishment, the reality is a stark contrast to what they’re being told.

As Jay Taylor notes, we must first admit we’ve been conned. Then we absolutely must take steps to protect ourselves from the geo-political disaster to come.

Of course the masses of people don’t get it… they don’t believe it. They’re content to take at face value what they’re told by the mainstream media…

What people really have to understand is that the manipulation is systemic… Just by being in the system and holding dollars you are being taken advantage of.

You need to get as much as possible outside of the system.

And one way to reduce the systemic risk is to trade those fiat dollars… which are really worthless… they have nothing of intrinsic value… they are really just a con game… They need to exchange those dollars for gold and silver, real estate, diamonds… I would say other things that have tangible value, that no matter what the currency does, you still have possession and ownership of those assets.

We are close to the end…

The point is, the con job is up… the dollar could collapse very, very quickly…

Once people lose confidence, it’s going to be too late. People need to be opting out of the system now, before everybody else figures out that the system is sick and is going down.

Jay Taylor provides some key insights into how the markets are being manipulated, what to expect in coming months and years, and how to diversify yourself before the masses realize what has happened and go into panic mode.

Jay offers up some non-traditional ideas, including developing the one asset that may be your saving grace in a post-collapse world: life sustaining skills that can be bartered for goods and services when confidence in our current dollar-denominated mechanism of exchange is finally lost. Taylor understand the fundamental problems plaguing the global economy and monetary systems. He’s a strong proponent of tangible goods and he’s been investing in wealth preservation assets like physical gold and silver, real estate with productive capacity, and the people who actually produce something of value for human beings, such as farmers, inventors, and gold mining firms like Brazil Resources.

Moreover, he understands where all of this leads, and it’s a situation where traditional methods of income may well dry up:

What people need to do is to get outside of the system.

People with more average means need to develop a set of life sustaining skills, so that when the system breaks down…. and unfortunately I am absolutely sure the system will break down eventually and I’m afraid sooner rather than later… People are going to want to have skills that they can trade to barter, essentially, their services for other things that are necessary.

The economy is as sick as ever… The con artists are back in town… They’ve restored confidence to the system… It seems like, to people who want to drink the establishment’s Cool-Aid, that things are looking pretty good.

…You can’t trust them…

The fact of the matter is that when this goes down – and it will – tens of millions of Americans are going to be hit with a financial sledgehammer unlike they have ever felt before. There is no hope for the majority of these people. They don’t believe it can happen, you won’t convince them, and they are doing nothing to prepare and insulate themselves for when it does.

Those paying attention will, at the very least, have a basic level of protection that includes tangible assets – food, supplies, precious metals, and a skill-set that will help us thrive when others are left with no other option but to panic.

It will happen quickly; very quickly.

Be ready for when it does.