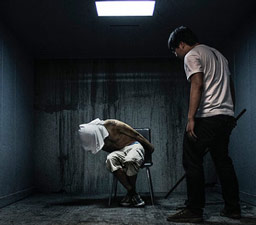 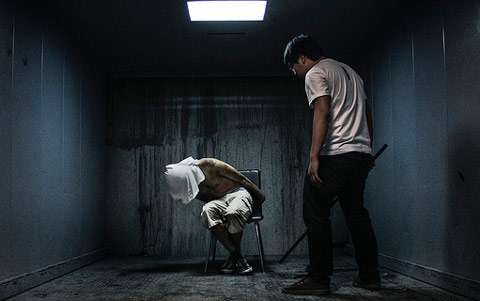 Thank your lucky stars that the former Supreme Allied Commander For Europe and one-time U.S. Presidential candidate Wesley Clark never made it to the highest office in the land. Because if he had, there is a distinct possibility that he would have used our military to take the so-called domestic war on terror to a level not seen since World War II.

Clark shows his true colors and justifies why Americans should be rounded up and interned if they disagree with government policies. As you watch the following video keep in mind that there are thousands of people just like him, many with dreams of one day becoming powerful politicians and high level government bureaucrats.

In World War II, if someone supported Nazi Germany at the expense of the United States we didn’t say that was freedom of speech, we put them in a camp. They were prisoners of war.

So, if these people are radicalized, and they don’t support the United States, and they’re disloyal to the United States as a matter of principle, fine that’s their right. It’s our right and our obligation to segregate them from the normal community for the duration of the conflict.

I think we’re going to have to increasingly get tough on this.

Kurt Nimmo of Infowars notes that the difference between World War II and now is that we actually declared war against a uniformed enemy, whereas in the war on terror the government arbitrarily picks and chooses who to classify as a potential threat to the United States:

Clark is in essence advocating a life sentence for people who have not committed a crime but merely engaged in speech — often reprehensible, yet constitutionally protected — the government considers radical and in opposition to its foreign policy.

Within the context of this interview Clark is talking specifically about Islamic religious extremism. But it is important to keep in mind that terrorism in America has been redefined to mean whatever people like Wesley Clark think it should mean.

No matter what topic the training session concerns, every DHS sponsored course I have attended over the past few years never fails to branch off into warnings about potential domestic terrorists in the community.  While this may sound like a valid officer and community safety issue, you may be disturbed to learn how our Federal government describes a typical domestic terrorist.

Source: Do You Qualify as a Domestic Terrorist?

Scores of seemingly innocuous activities are now red flags for the federal government. If you home school your child, discuss big government policies in a negative light, or simply declare the U.S. Constitution as the law of the land, you are a threat.

A federal prosecutor who recently prosecuted a man for selling gold and silver coins as an alternative to the U.S. dollar said the man was engaging in a conspiracy against the United States and treated the case as domestic terrorism.

Congressman Rand Paul has previously warned that even people who store food in their closets or keep extra ammunition are now suspected of terrorism.

Given the broad definitions purposely included within laws such as The Patriot Act millions of Americans could be identified as threats to national security and subsequently imprisoned without cause should people like Wesley Clark have their way.

And perhaps that is exactly where all of this is going.

As we’ve noted previously, the Jade Helm 15 military exercises taking place over the next couple of months across the United States include training for the rounding up of dissidents and subversives. There is a significant amount of evidence and insider information indicative of a scenario that includes Gestapo-style tactics like secret arrests, interrogations and detentions. In fact, a Texas Ranger recently dropped a bombshell and said that train cars with shackles were part of this summer’s military training.

Obviously, this training isn’t designed for foreign threats in rural areas of the middle east.

Perhaps Wesley Clark is already privy to the plan and it is now being seeded into the minds of millions of sheeple who will be convinced of the need to round up dissident Americans should the right crisis strike.

And be assured that, just like the German people under the Nazis, the majority will not question their patriotic duty to turn in suspected enemies of the state when told to do so.

Will You Survive Being Sent To A FEMA Camp?