Watch: These Are The Shocking Statistics The Government Doesn’t Want You To See 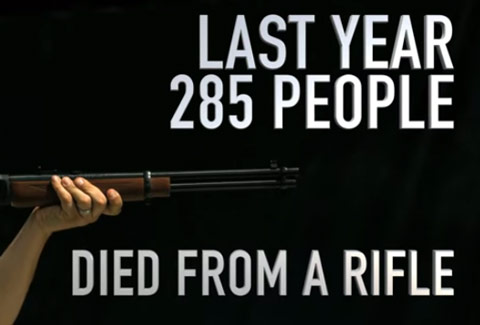 It is time to start banning anything that could potentially be used as a weapon?

The latest micro-documentary from Crush The Street explores the reality of violence in America and the shocking statistics being used to justify complete disarmament of the American people.

Last year 285 people died from a rifle according to FBI crime statistics. This includes the deadly assault rifles. It’s a shocking number.

But upon further investigation we learned that 1,490 U.S. citizens died from a knife attack…

The media has had us focused on guns for too long…

Receive updates when new videos like this one are released at CrushTheStreet.com