Watch: Psaki Says Biden Will Continue To Call Americans Who Do Not Support Him ‘Extremists’ 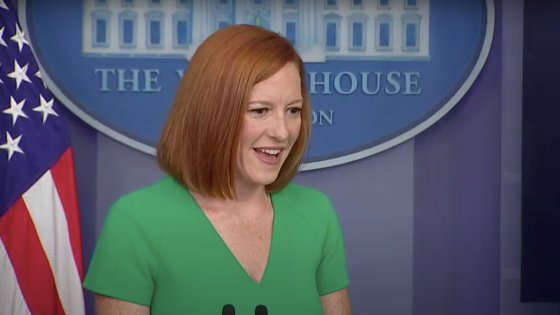 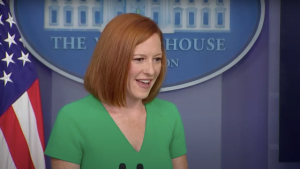 After Joe Biden declared Wednesday that “MAGA is the most extreme political organization” in US history, reporters questioned White House Press Secretary Jen Psaki if Americans should expect that kind of rhetoric to continue, and she said yes.

CNN reporter Kaitlan Collins noted that Biden “was sharply critical of the MAGA crowd,” asking Psaki “is that what we should expect to speak his message going into the midterms?”

Psaki responded, “I would expect you will hear” more of this rhetoric from Biden “over the next coming months.”

CNN's @KaitlanCollins: Biden "was sharply critical of the MAGA crowd…Is that what we should expect to speak his message going into the midterms?"

Psaki doubles down, saying "I would expect you will hear" more of this rhetoric from "him…over the next coming months" pic.twitter.com/B9ecwtQ2qA

When another reporter asked a similar question, noting how divisive the language is, Psaki responded “I think the president will be judged by Americans by his actions.”

Q: "The 'MAGA Crowd' is…almost half the people who voted in 2020. Does the president feel he could've done more early on to reach out to those people?"

PSAKI: "I think the president will be judged by Americans by his actions." pic.twitter.com/wYdC3rKtNM

Fox News White House Correspondent Peter Doocy noted that Biden also claimed that Republicans might use the overturning of Roe vs Wade to segregate LGBTQ children from the other children in classrooms.

Joe Biden says that overturning Roe v. Wade could lead to LGBT children not being allowed in school classrooms:

"This MAGA crowd is the most extreme political organization that's existed in American history." pic.twitter.com/WyW6j52ju0

Doocy noted “The president said today, ‘What happens if you have states change the law saying that children who are LGBTQ can’t be in classrooms with other children?’” asking Psaki “What is he talking about?”

Psaki responded by using the word “extreme” again, asserting that “we don’t know what they’re capable of given what they’ve already done to date.”

Doocy: Biden "said…what happens if the states…say children who are LGBTQ can't be in classrooms w/other children. What is he talking about?

Psaki insists it's possible b/c "we have seen extreme laws that target LGBTQ" people & "we don't know what" the GOP's "capable of" pic.twitter.com/nL6syTynjF

“Which state is trying to segregate LGBTQ children in the classroom?” Doocy further probed.

Psaki again went to the “extreme”.

“Well, I think we’ve seen laws that are incredibly discriminatory. That’s what the President’s referring to and the fact that he doesn’t know what additional steps could be taken by extreme wings of the party that would rather divide rather than work on issues that the American people actually are focused on actually impacting them,” she responded.

Doocy: "Why is the president talking about the judgement to choose to abort a child?"

Psaki: "The president's view on a woman's right to make choices about her own healthcare is well known…" pic.twitter.com/hQRJKe3wlF