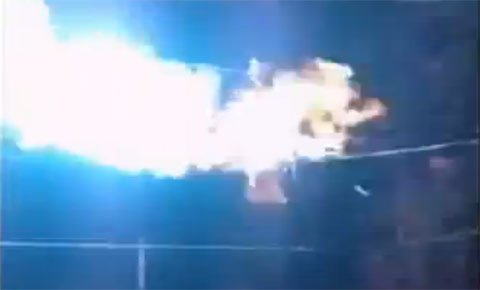 If you’ve ever wondered what a massive electrical surge from an electro-magnetic pulse weapon, solar flare or cyber attack might look like, then take a look at this footage shot in Montreal.

In this instance the surge caused a cascading electrical outage across one neighborhood. Imagine what such an event would look like across the entire national power grid.

Then consider how long it would take to bring essential services like hospitals, communication system, commerce processing, and banks back online.

According to former Congressman Roscoe Bartlett, we’re talking not days or weeks, but months and years before utility workers would be able to repair key transformers and nodes.

We could have events in the future where the power grid will go down and it’s not, in any reasonable time, coming back up.

For instance, if when the power grid went down some of our large transformers were destroyed, damaged beyond use, we don’t make any of those in this country. They’re made overseas and you order one and 18 months to two years later they will deliver it.

Our power grid is very vulnerable. It’s very much on edge. Our military knows that.

When the Grid Goes Down, You Better Be Ready [Ready Nutrition]

You’ve Been Warned: Why You Need to Be Ready for Total Grid Failure [Organic Prepper]