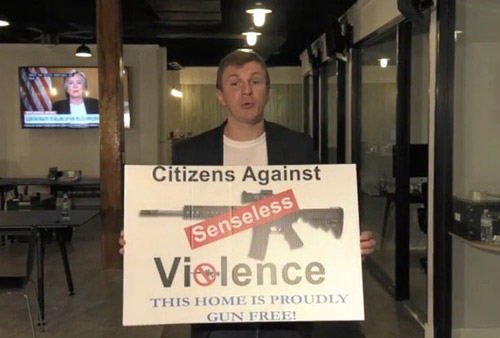 Dirtbag politician Charlie Rangel explained last month that regular people simply don’t need firearms for self defense, but that politicians like himself should most certainly be allowed to carry protection because they “deserve” it.

But Rangel isn’t alone in his hypocrisy. As you’ll see in the latest hidden camera video from Project Veritas, many a gun grabber would gladly disarm you and restrict your ability to defend yourself, but there’s no way in hell they’d put up a sign in front of their own homes announcing that it is a “gun free zone.”

As one congressional staffer  who is in favor of European-style gun control noted:

You know, the concern is, oh if there’s no gun, let me just kick down the door.