[WATCH] BOMBSHELL INTERVIEW With NSA Whistleblower: They Can Use Your Data Against You ANYTIME 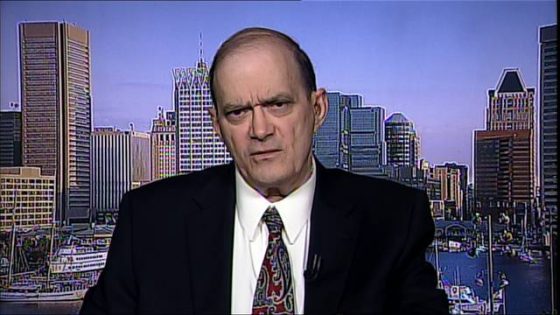 A bombshell interview with William Binney, an NSA Whistleblower, has just been released! Binney says that President Donald Trump is being framed and that we the people are subjected to the constant surveillance and tracking authoritarian regimes are known for.

We are all subjected to the state’s mass surveillance scheme and many have given up any hope that there’s anything we can do to stop it.  Listening to Binney speak with Michelle Holliday with Portfolio Wealth Global.com, it sure seems like there is little we can do.

In this interview, Binney horrifyingly describes how his former employer, the government agency known for it’s spying, has built a massive system to track, monitor and record phone and Internet communications of U.S. citizens and other people around the world. Binney resigned from the National Security Agency in 2001 to protest the growing domestic mass surveillance and privacy violations. He was a senior NSA crypto-mathematician largely responsible for automating the agency’s worldwide eavesdropping network. He was one of the two co-founders of the agency’s Signals Intelligence Automation Research Center.

“[Former Vice President Dick] Cheney wanted to know everything about everybody that could possibly be a political issue,” said Binney. “Stellar Wind is the spying program on everybody in the United States,” and it all began right after 9/11.  Americans are now under 24-hours per day surveillance by their own government.  If anyone still believes this is the “land of the free” they are delusional at best.

Binney goes through the process that unfolded in order for the government to get access to every single American’s personal data, information, and be able to conduct mass surveillance of all of us on a scale only heard of in tyrannies. Binney also says that the government used 9/11 as the excuse to spy on all of us, but they had wanted to for a long time. By the end of September 2011, the equipment began to pour into the NSA that would allow mass surveillance.

It really gets horrifying when Holliday asks Binney what the implications are for all of us.  He responds:

“If you become a target, the implication is, they will retroactively analyze every phone call, every email, every financial transaction, everything electronic that you’ve ever done. And like for example in the case of Elliot Spitzer, when he was going after the bankers for defrauding people in the 2007/2008 financial crisis, he was actually going to criminally prosecute them. They [elitists] had to protect their bankers so they had to get rid of Elliot Spitzer. So what was the cause for Elliot Spitzer to be investigated? There wasn’t any, ok? But he’s going after our bankers and so they went into the data and found some exchange with him with a prostitute and they used that against him. If you have all the data about somebody, this is the kind of thing you can do.” –William Binney

If you think this interview gets more comforting from there, you’d be wrong.

“The secret government, the military-intelligence complex, all of the deep state, can now protect itself because they have this data from anyone trying to expose what they’re doing.”

As Holliday said: “That answers the question ‘Why?'”

Binney also says that there was a definite coup to get rid of Donald Trump.

“You can see they tried an attempted coup on Trump. The Mueller report is a piece of junk, you know? A bunch of allegations unsupported by anybody. They wish they could get rid of President Trump.”

As the interview progresses, there is one incredible mass surveillance bombshell after another!